Auks are a medium-sized, generally black and white family of birds which are not well-known to people outside of the bird watching and naturalist community.

Yet, they have been very important to some human societies for thousands of years.

Auks are marine birds and they live entirely in the northern hemisphere. They live the greater part of their lives far out to sea and only come to land to breed. They all feed on sea creatures, crustaceans and small fish, and most of them breed in colonies.

They have compact, stream-lined bodies, short wings and practically no tail. Their feet are placed far back on the body, though not as far back as in Loons (Gaviidae) or Grebes (Podicipedidae), and they have webbed feet.

They swim under water using their wings, not their feet, for propulsion.

They breed mostly on rocky coasts and on isolated islands. They are for the most part uncomfortable on land and are inefficient flyers – a Razorbill requires 64% more energy to fly a given distance than a Petrel of similar size.

Auks have not been treated well by the expansion of human interests and it is believed that all species now exist in considerably smaller numbers now than they did a few hundred years ago.

Several species are now endangered and one, the Great Auk (Alca impennis) has gone extinct since Linnaeus first recorded 6 species of Auks in his original works.

There are 22 living species currently known to mankind.

Auks live in the sea for nearly all their lives. Therefore all the water they have access to is salt water.

To get rid of the excess salt they have special nasal glands which excrete salt.

Auks have been around for at least 15 million years and perhaps for as long as 25 million years. The fossil record for Auks is better than for most birds, though it is not brilliant. 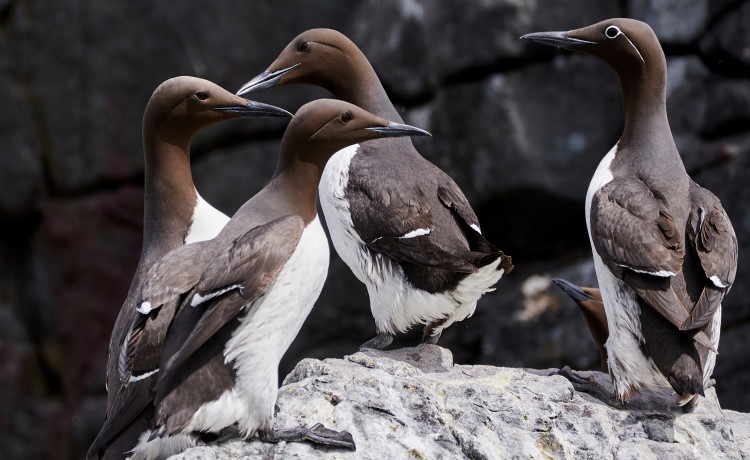 Although all currently extant (still living) species can fly, the recently extinct (1884) Great Auk was a flightless bird and fossils exist of a number of larger flightless Auks.

Auks often feed in relatively shallow waters, however some species are capable divers.

Black Guillemots have been known to make some very deep dives. Normally different species tend to dive down to and forage at different depths. With Guillemots believed to use an intermediate depth – deeper than Auklets and Puffins, but not deep as Murres and Murrelets.

Diving depths in Auks appears to be roughly correlated with body mass, as it is in Penguins. The maximum dive depths recorded for different species range from around 50 metres for Auklets to over 210 metres for Murres.

Scientists are still pretty ignorant about how Auks locate their prey items when diving, particularly during deep dives – or dives in turbid (disturbed) water where visibility is low. Because no evidence for acoustic (sound based) or scent mechanisms have been found, most researchers assume that sight is the primary method of prey detection.

For those species of Auks which feed predominantly near the shore, such as Guillemots, the Marbled Murrelet and Kittlitz’s Murrelet – sight is obviously a likely possibility.

Generally speaking, Auks tend to be thinly distributed over their feeding areas and it is only at nesting colonies that large congregations of Auks can be found.

Some species remain at sea throughout the daylight hours, only flying to and from their nest under the cover of darkness. Others are crepuscular (active at dusk and dawn) flyers. The Rhinoceros Auklet uses a variable strategy and the remaining species are diurnal (daylight) flyers.

All species of Auks are monogamous.

Though – as in most species – both males and females will seek copulations with individual birds outside of the pair bond, when the opportunity arises.

This extra-pair copulation (or EPC) as ecologists call it, is known to be common in 5 species and uncommon but present in another 6 species. For the remaining 11 species, no data are really available. Nevertheless, for the job of incubating the eggs and raising the young all Auks are monogamous.

No Auks build nests, but Puffins, the Ancient Murrelet and Cassin’s Auklet all dig burrows to nest in. Most species nest on islands or coastal cliffs but the Marbled Murrelet nests in large trees and Kittlitz’s Marvelled nests on remote mountain tops. 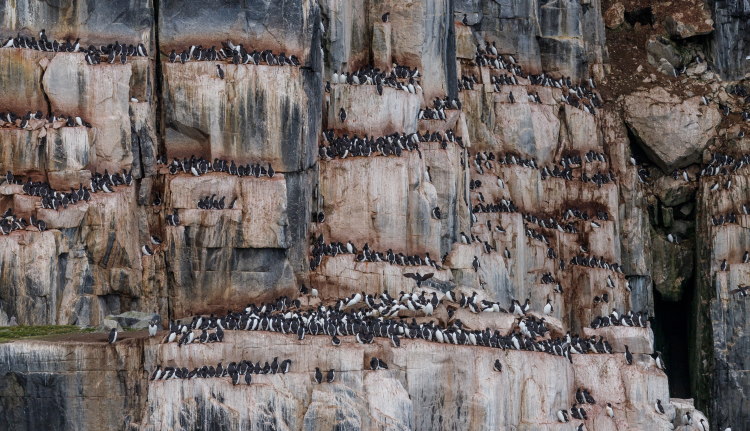 All species lay 1 or 2 white eggs only. Those which lay 2 eggs often only raise 1 young. The incubation period ranges from 29 to 45 days. The chicks are semi-precocial, they have feathers, their eyes are open and they can stand, but they are fed by the parents until they are fully fledged.

Both parents take part in the incubation of the eggs and in feeding the young – in all species as far as is known. Generally speaking, Auks are quite long-lived birds often not breeding until their third, fourth or fifth year and living as much as 20 or more years.

Auks and their eggs are, like most birds, edible.

Because they congregate to breed, they often represent a large, if seasonal, supply of food.

Archaeologists have found Auk bones in considerable numbers in midderns in both Europe and America, from as far back as 4000+ years ago. Many early peoples living in northern parts of the Palaearctic depended on Auks to get through the cold spring.

Scientists believe that these early people did little damage to the overall populations because they probably inadvertently took mostly non-breeding birds and only a limited number of eggs.

However, with the industrial revolution came commercial collecting. Which was so valuable a trade that competing collectors at Farallon Island off the Californian coast often resorted to pitched gun battles in order to defend their access to dwindling supplies. 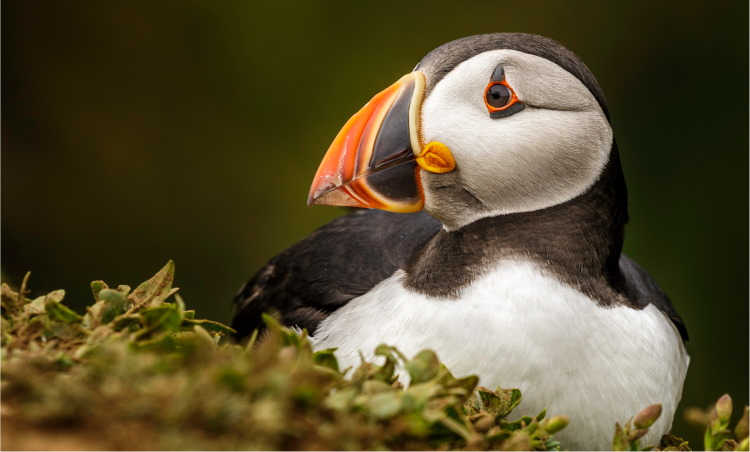 All species of Auks have suffered great reduction in numbers over the past 200 years not only from the collecting of eggs and killing of adults for food, but also through the introduction of feral predators to isolated breeding islands -i.e., dogs, cats, rats, etc.

Four species of Marvelled (Craveri’s, Japanese, Marbled and Xantus’) are all now listed as endangered species.

Auks were not just good for food, however. Their skins were made into clothing and the colourful beaks of Puffins and Auklets were used to decorate ceremonial gowns, cloaks, etc.

In some species, the feathers were also considered valuable – and it was the trade in feathers, along with bulk killing as food for sailors, that resulted in the extinction of the Great Auk.

Because Auks occur in both Europe and North America they are a good example of why we need scientific names. As can be seen from the table below, even if we restrict ourselves to the English language the same bird often has different names in different parts of the world.

Table of Alcidae Species Names In Different Parts Of World

Well, now you’ve learned about the auks, perhaps your curious about the world of the nuthatches.