Bird Flight: How Does Flying Work?

The fact that birds fly is one of the most amazing things about them.

The sight of crows or ravens playing in the wind, of seagulls gliding effortlessly along seashore… or of buzzards soaring silently about the countryside always inspires me.

There is no doubt that if I had the ability to change into another animal – something other than a human being – I would be a bird, simply because of the incredible wonder of flight on a sunny day.

Birds are the ultimate flying machines. Although insects have been doing it for longer (and in many cases are more versatile, their small size makes the physics of it much easier).

Birds fly far better than any machinery mankind has yet made and, like our machines, they use their wings and tails in a variety of ways to achieve their expertise.

Bird flight is dependent on the shape of the birds wing and the way they use them.

Generally, bird flight can be divided into two modes of functioning: gliding or soaring flight and flapping or powered flight.

The dynamics of bird flight – like all physical actions – are governed by the laws of physics.

In its simplest expression, flying is a balance between two sets of forces. lift and weight, and thrust and drag. Weight is the result of gravity and is reduced as much as possible in birds (see bird wing anatomy). Lift is generated by the flow of air over the bird’s wings.

The red line is the leading edge, the air first hits the wing here. It travels up over the green line and then

down the back of the wing where it leaves the wing at the blue line, the trailing edge.

Basically, bird wings are not flat but are shaped like an aerofoil – concave.

Air passes over or under the wing, as the bird moves forward or as the wind blows. The air that moves over the top of the wing has further to travel to get across the wing, thus it speeds up. This causes the pressure to drop because the same amount of air is exerting its pressure over a greater area. Therefore, any given point experiences less pressure.

This effectively sucks the wing up. Meanwhile, the air going below the wing experiences the opposite effect. It slows down, generates more pressure and effectively pushes the wing up. Hence a bird with air moving over its wings is pulled up from above and pushed up from below.

The more curved the aerofoil, the greater the lift – providing the degree of curve does not impede the flow of air.

This is not the end of the story though, because the air passing over the wings and the rest of the body creates drag.

Drag is the resistance the air gives to anything passing through it. The faster you move, the more drag you experience because you come into contact with more air per second (or other unit of time).

Thirdly, because nature does tend to even things out, the low pressure air on top of bird wings represents a sink that the high pressure air under the wing seeks to move towards – a bit like water running down hill. This happens most along the thin trailing edges of the wing and causes a spiraling vortex of disturbance at the wing tip.

These spiraling vortices increase drag, therefore the most efficient bird wings are those which supply lift while reducing drag. In practice, this means the crescent shaped wings of swallows and swifts. 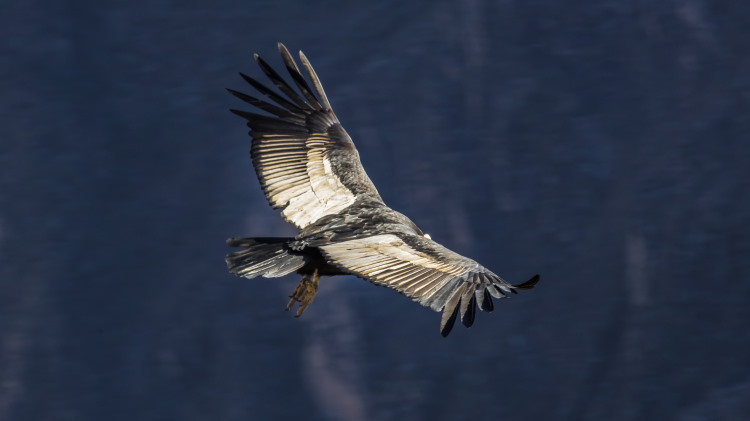 However, birds use flight in different ways. Some are on the wing most of the time, while others make only short flights from one perch to another. Also birds live in different habitats which generate different aerodynamic problems. It is not surprising then that birds of different species have different shaped wings.

Changing the shape of a bird’s wing gives it different aerodynamic properties.

One way to assess these properties is to measure what is called the ‘aspect ratio’. This is the ratio of wing area2 divided by wing breadth.

Long wings are better for gliding, but harder to flap quickly and are therefore not much good at quick acceleration. Another way to look at bird flight capabilities is to look at ‘Wing Loading’. This can show the differences between birds with similar wing shapes but different sizes.

Wing loading is the relationship between total body mass and total wing area. It is expressed as grams of body mass over centimetres squared of wing area.

These four examples pinpoint the extremes in wing shapes. Among the 9,703 species of known birds, wings with many similarities but numerous small variations can be found.

Many soaring or gliding birds appear to hang in the air effortlessly, gaining height with barely a twitch of a wing.

These are birds like Vultures, large raptors, Pelicans and Storks with a high lift to drag ratio.

Essentially this means that their wings generate a lot of lift, without producing much drag. Large birds have evolved to be gliders partly because gliding becomes easier the larger your wings are (and obviously small birds cannot have large wings).

Secondly, the mechanics of flapping flight become harder to attain the larger you get. This is all related to the fact that mass increases far faster than length. A bird twice as long as another is on average 4 times as heavy. 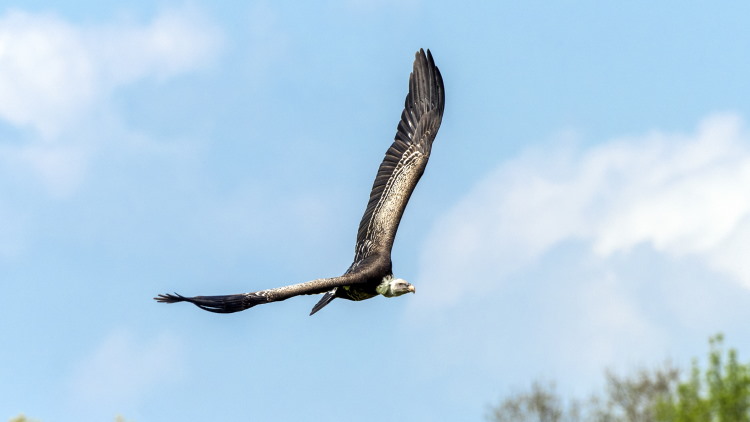 There are other physical constraints to do with the musculature needed to actually flap the wings and the strength needed in the bones to withstand the stresses that these muscles generate. Remember: “for every action there is an equal and opposite reaction”. Understanding physics is important in biology.

However, if all this is a bit complicated – just remember that big birds with big wings make better gliders than small birds with small wings.

As an example, Fulmars are excellent flying birds. I always enjoy them as they soar around the sea cliffs of Devon. They are excellent gliders and can ride right up to their nests on their stiff unmoving wings.

However, Vultures are much, much better.

A Fulmar in still air can glide quite efficiently, losing only 1 metre in height for every 8.5 metres it travels. The American Black Vulture, however, can glide 22 metres for the loss of only 1 metre in height. This means that an American Black Vulture 501 metres up in the air can (if the air is still) glide 11 kilometres, or almost 7 miles, before he hits the ground.

PinThe air is seldom still however and wind changes everything. Facing in to the wind, you get lift without doing anything – but go nowhere. While travelling with the wind, you get fast forward movement – but loss of lift.

Physical obstructions like cliffs, mountains and large buildings all cause disturbances in air movement – including updrafts of air. Over some lands, the air is heated by reflection and radiation from the sun-heated earth.

This produces the thermal updrafts that many of the large birds mentioned earlier use to keep themselves aloft.

Over the sea however, large physical objects and thermal updrafts are very rare.

Instead, Albatrosses and their kin use small local updrafts caused by the wind meeting the waves. These updrafts are small and temporary. So sea birds flying close to the sea’s surface, often ride along one wave catching the air that rises over it, before switching quickly to another.

In this way, their flight is a zigzag from one lot of rising air to the next.

The bird’s wing changes shape during both the up and down stroke. It also changes its angle of attack, depending on how much it presses down and how much it pushes backwards.

Flapping flight is basically rowing in the air, with the added complication that it needs to generate lift as well. If a Blue Tit stops flapping its wings, it better be about to land on a branch or it will fall to the ground!

I hope this humble page has been useful! Flying birds are beautiful to watch and their incredible feats of agility and speed are truly marvels of nature.

Perhaps now you’d like to know more about bird migration.