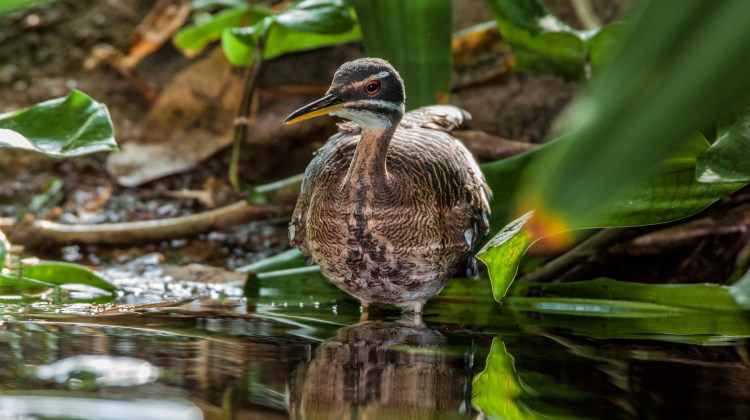 The Gruiformes are an amazing group of birds.

As Coots, Moorhens and Rails, they are common stream and pond birds all around the world.

While as Cranes, they have inspired some of the most successful conservation efforts ever undertaken – and inspired poets and thinkers for centuries.

Many of them are beautiful and all of them are fascinating. I hope you are able to enjoy the few words I have set down about them here. 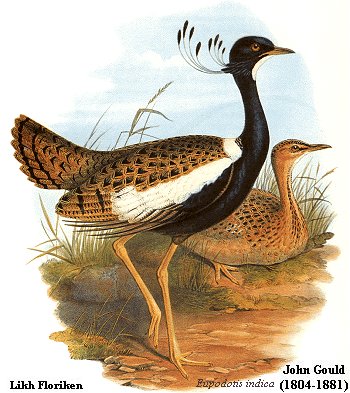 The Gruiformes are an ancient and now relatively small – though diverse – order of mostly ground or water feeding birds.

The approximately 190 extant species are divided between 12 families and 61 genera.

Of these families, one, the Rails or Rallidae contains nearly two thirds (120) of all the species in the order.

Of the other 11 families, one, the Bustards contains 22 species, and two, the Buttonquails and the Cranes contain 15 species each. Of the remaining 8 families, three contain three species each, one contains two species only, and four have only a single species each.

Despite this small number of species, the order contains a number of exceptional birds including:

The Kori Bustard of Africa (Ardeotis kori) – which is the heaviest recorded flying bird in the world. A number of specimens have been scientifically recorded weighing 19kg (42lb).

The Sarus Crane Grus antigone which is the tallest flying bird in the world.

As well as the longest existing bird species known to man, which is the Sandhill Crane Grus canadensis – whose skeletons have been found in rocks 10 million years old.

Seven species are listed as critically endangered, 17 as endangered and 30 as vulnerable. Further more members of the family Rallidae appear to have a distinct disposition for becoming flightless after they have colonised an island.

This has resulted in at least 10, and possibly 14, species from this family becoming extinct directly as result of the activities of mankind.

These are birds we can never see again.

This does not include the Guam rail Gallirallus owstoni, which is extinct in the wild although it still exists in captivity. Find out more about extinct birds.

The unusual distribution of species among the 12 families reflects the order’s ancient status, which is thought to have evolved more than 70 million years ago.

The Diatrymas were a family of at least 4 species of giant flightless birds from North America – which stood up to 2 m (7 ft) high and possessed heavy solid bodies and large parrot like bills. Scientist are still unsure whether they were plant or meat eaters.

The Phorohacos, sometimes called ‘terror birds‘, lived in South America and had Eagle like bills.

They were also flightless, though some scientists speculate they would have been able to run at 70 km/h (44 mph).

Some of the 25 known species reached nearly 3 m (10 ft) in height and they are believed to have been the dominant terrestrial carnivores on the S. American plains from 60 to 2 million years ago.

However it is likely they may also have been carrion eaters.

The family Pedionomidae contains only one species, Pedionomus torquatus the Plains Wanderer.

The Plains Wanderer, sometimes referred to as the Collared Hemipode – because of its superficial resemblance to the Hemipode or Button Quails – is a small bird (16 cm or 6.25 ins long) found only in the open grasslands of Australian.

In distribution, it is currently restricted to the south-eastern quarter of the country with most records coming from the state of Victoria.

However it is a shy bird, possibly nocturnal or crepuscular, and reported sightings are few and far between. Very few ornithologists have ever seen it – and as far as I know its ecology has not been seriously studied.

What we do know is that they feed on seeds and insects, making them omnivorous like many of the Gruiformes.

They breed throughout the Australian summer, (September/October to January/February).

The nest is a simple scrape in the ground under a tuft of grass. Four greyish or greenish eggs are pear shaped, not ovoid as in the Turnicidae, and it is the male, (as far as we know) who incubates the eggs.

The young are nidifugous, meaning they hatch with a set of feathers and can follow their parents straight away (like chickens, not like pigeons which are nidicolous).

Although they look a bit like Hemipode quails, they are actually quite different.

The most obvious difference is the possession of a hind toe, which is absent in the Turnicidae. Internally, it is distinct in the possession of paired carotid arteries. Furthermore, as noted below, the eggs are closer in form to those of waders.

Note that the order Charadriiformes, which contains the waders, is believed to have arisen from a Gruiform ancestor.

The female is the larger of the two parents and more brightly coloured, with a rufous chest. John Gould painted a pair, which appears to comprise of two females.

They are a secretive species, often preferring to sit still and hide, than fly from danger. Even when they do attempt to escape, they are more likely to run than to fly.

Most records in the past were generated by quail hunters, as a result of the birds being put up by dogs and then shot. Now that quail hunting has declined, far less records of this interesting bird are recorded. It’s population – which is believed to be declining – is as such very poorly understood.

It is possible that this population decline, which is reflected in the fact that Australia only has about 5% of its native grasslands left ‘unimproved’, is related to habitat loss.

Note: Humans refer to their addictive habit of destroying natural grassland habitats by removing all the native species and planting commercially produced grasses in their place as ‘improving’ the grassland.

The name Limpkin arises because of the way it walks, which makes it look like it is limping.

The Limpkin is a medium sized (58-71 cm / 23-28 in) brown coloured bird that looks quite a bit like a Curlew, although the bill is less down-curved. Limpkins can be found in wetland from habitats, especially swamps Florida USA to Central Argentina and Uruguay.

They feed almost exclusively on the snails of the genus Pomacea, which are carried to the waters edge and wedged into some fallen timber or roots so that the body can be extracted.

Both sexes are fairly similar and the young are also similarly coloured, though less brightly so.

The nest is normally built on the ground, but is sometimes in water-side vegetation. It is a shallow affair made up of sticks lined with dry vegetation. The eggs are laid in clutches of 4 to 8 and are buff coloured with brown spots.

Incubation takes about 28 days and care of the young is carried out by both parents. The young Limpkin are downy when they first hatch, but soon develop feathers. They are fed on snails and may continue to be fed even after they are fully grown.

Limpkins roost on the ground or in trees near the waters edge, or in the water.

They tend to be crepuscular or nocturnal in the wild but soon adjust to diurnal activities when protected. All Limpkin populations are non-migratory as far as is known.

The Kagu is an unusual, medium sized bird (slightly larger than a chicken) which is an endemic of New Caledonia.

It was originally thought to be a member of the Ciconiiformes (Storks and Herons), but it is now believed to be most closely related to the Sunbittern – and as such is considered a member of the Gruiformes.

The Kagu is the National Bird of New Caledonia and was known as the ‘Ghost of the Forest’ by some Melanesians.

Kagu are relatively long lived birds, as are many of the Gruiformes, with individual birds reaching 20 or more years of age in captivity.

It is an endangered species, with a total population of 650 birds in 1991.

The decline of its population has been a direct result of the European colonisation of the island in the 1870s. Forest clearing, open mining and the introduction of predators such as cats, dogs, pigs and rats and hunting have all taken their toll on this rare and flightless bird.

The Southern Province and the Société Calédonienne d’Ornithologie have been running a captive breeding programme for Kagu in Nouméa since 1978, which has resulted in juveniles being released into the Rivière Bleue Park.

Furthermore a Recovery Programme started in 1992 by Birdlife International (funded by the RSPB) through the Association pour le Sauvegarde de la Nature Neo-Calédonienne, has been monitoring Kagu populations and ecology and attempting to raise public awareness of its problems.

The Kagu is a whitish grey bird with a prominent swept back crest, orange bill eyes and legs. It cannot fly, but can glide. The wings possess a bold striped pattern that is only seen during displays.

Pairs are physically similar and hold territories of 5 to 30 hectares. Kagu are diurnal and indulge in dueting calls that reinforce the pair bond. The pair breed from August to to January in the wild (but they nest from April to November in captivity).

The pair construct a fairly solid nest on the ground out of vegetation. In it is laid a single egg, buff coloured and blotchy. This egg is incubated by both parents and hatches in 36 days.

The young Kagu is nidifugous and can leave the nest in 3 days and is fed by its parents for about 30 days.

They are found in Central and South America, along the banks of rivers up to 1000m elevation. They prefer habitats with thick vegetation.

Sunbittern stand longer than high, giving their bodies a longish look (length = 46cm 18ins). They have a flexible neck and moderately long and straight bill. Their feet are unwebbed and four toed, although the hind toe is slightly raised.

They feed on invertebrates and small fish taken from the water and the land along the river edge.

Sunbittern also have colourful bands on their wing and tail feathers which are not normally seen. During courtship, the feathers are spread in a fan-like display – allowing these patterns to be seen.

Sunbitterns breed relatively well in captivity and most of what we know of their breeding ecology comes from captive birds.

The nest is built in a tree or shrub and consists of mud and sticks lined with dry vegetation. Two to three buff or light brown eggs are laid and then incubated by both parents for about 4 weeks. The young are nidifugous but remain in the nest for two or three weeks being fed by the adults.

Their calls are normally too quite and high pitched for humans to hear.

Sunbitterns fly well with a light buoyant flight, but often prefer to walk. They roost in trees and shrubs nearby the water’s edge. They are normally only found singly or in pairs.

Although their population has not been properly assessed, Sunbittern are believed to be surviving well and they are not listed as being of conservation interest. There are three subspecies, one from Central America and two in South America.

Well, I hope this has been an interesting introduction to the world of the Gruiformes. The limpkin, kagu and sunbitterns are truly marvelous birds!

Perhaps now you’d like to check out Fairy Wrens.