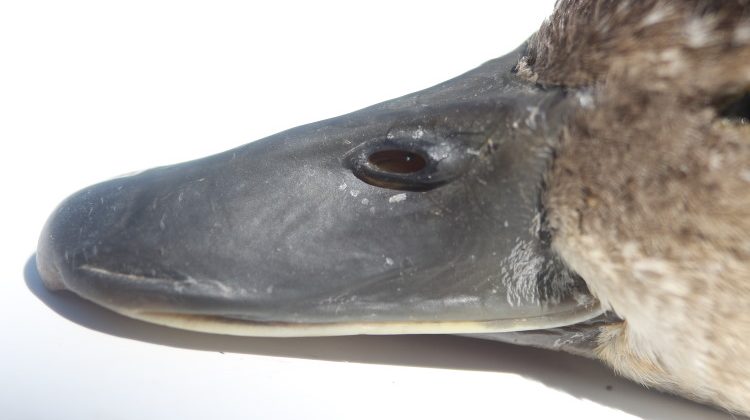 Bird Noses and Sense of Smell

Well, whether birds have a sense of smell or not has been a much debated question by ornithologists.

Modern data based on experiments and anatomy of both the nasal cavities and the olfactory lobes of the brain, suggest that most birds have practically no sense of smell.

Update December 2020: According to Gabrille Nevitt, birds actually have 6 senses just like us.

The exceptions are Kiwis, which have poor eyesight and hunt worms using their sense of smell.

The third group of birds definitely known to use smell to locate food are the vultures – both old world and new world species have been shown to find carcasses by smell to varying degrees.

Other groups of birds with well developed olfactory lobes – but for which the actual evidence of the use of smell to locate prey is lacking – include various waders, many water birds, nightjars and swifts.

Most bird noses have two external nostrils or ‘nares’ situated near the base of the top mandible of their bills. In species of tubenoses (Shearwaters, Albatrosses, Petrels, etc) these are accompanied by large external growths, in other birds they are inconspicuous. In Kiwis the nostrils are situated near the tip of the bird’s bill not the base. And in Gannets, the external openings of the bird’s nose are closed – they have alternative openings on the inside of the the upper mandible of the bill.

Birds breathe through these nostrils, which lead the air into a series of three internal nasal cavities.

These purify the air of dust, etc, and humidity before it enters the bird’s respiratory system, thus preventing damage to the delicate tissues of the lungs.