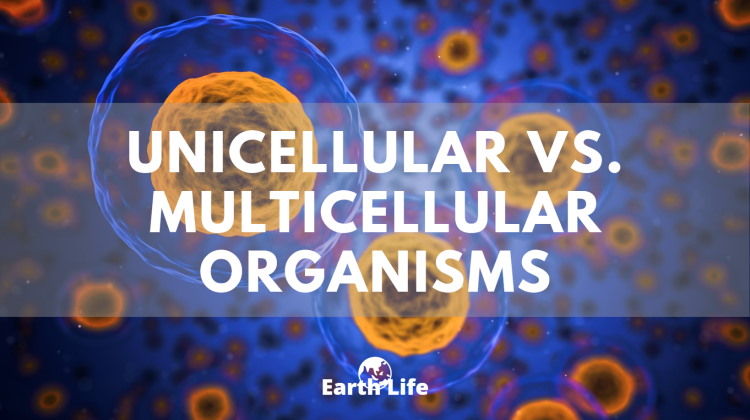 They work alone, or in groups with equal ease.

Cells are the basic unit of life. All living things are made up of one or more cells.

Plus one kingdom that contains a mixture of both unicellular and multicellular organisms (the Protista).

Nearly everything you see without a microscope is an animal, a fungus or a plant – and therefore a multicellular being. The exceptions to this rule are eggs. Eggs – before they are fertilized and start to divide – are the largest single cells around.

Because all living things are made up of cells – and because we desire to understand ourselves and the other living things around us – it makes sense to learn something about cells.

This page is an introduction to the form and function of cells and unicellular vs multicellular organisms.

All living things are divided into two major groups depending on how their cells are set up.

These two groups are the Prokaryotes and the Eukaryotes.

What Are Eukaryotic Cells?

Eukaryotic cells have areas inside the cell separated off from the rest of the cell by membranes – like the cell membrane. 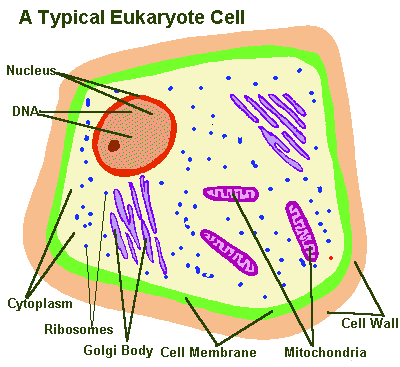 These areas include the nucleus, numerous mitochondria and other organelles such as the golgi body and/or chloroplasts within each of their cells.

These areas are made distinct from the main mass of the cells cytoplasm, by their own membrane – in order to allow them to be more specialized.

You can think of them as separate rooms within your house.

The nucleus contains all the cell’s DNA. The Mitochondria are where energy is generated. Chloroplasts are where plants trap the suns energy in photosynthesis.

There are exceptions to every rule of course! In this case the most obvious two are the red blood cells of animals and the sieve tube elements of plants (which, though living, have no nucleus and no DNA. Normally these cells to do not live very long).

What Are Prokaryotic Cells?

Prokaryotic cells do not have a nucleus, mitochondria or any other membrane bound organelles. 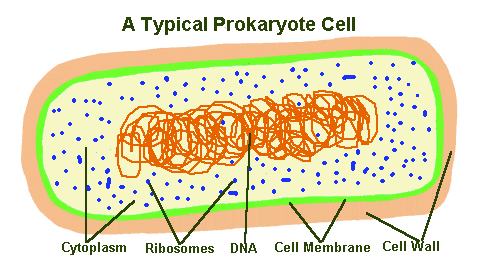 In other words, neither their DNA nor any other of their metabolic functions are collected together in a discrete membrane enclosed area.

Instead everything is openly accessible within the cell.

Though some bacteria have internal membranes as sites of metabolic activity, these membranes do not enclose a separate area of the cytoplasm.

How Multicellular and Unicellular Organisms Work

All the Prokaryotes (Bacteria and Archaea) are unicellular.

Only Eukaryotes – the Protista, some Fungi and some Plants – are multicellular.

In most single celled organisms, the cells are all the same (most of the time, in any given species).

In multicellular organisms, individual groups of cells have become specialized to perform particular roles in the life of the organism.

In humans, there are about 40 trillion cells all told!

They occur in 1,014 different types cells making up over 200 different kinds of tissues.

Most cells are tiny… too small to be seen with the naked eye.

Yet we can easily see trees, flies and elephants – which are made up of trillions of cells working together.

Where do all the cells come from?

One cell becomes two cells by slowly dividing in half. These halves then grow to full size before they themselves divide. This is called binary fission.

This is the golden rule, whether you are a single celled bacteria or a 100 ton blue whale!

Even you and I started life as a single cell – which divided to become 2 – then both of these divided to make the total 4… and so on. And so on… until you are grown up and have 40 trillion cells!

Even then, some cells keep dividing – making new cells to replace ones that get worn out or damaged.

In normal everyday cells – and single celled (unicellular) organisms – the DNA within the cell is copied before the cell divides, so that both the new cells (normally called daughter cells) can have their own copy.

This is very important… because the new cells would not know what to do without their DNA.

Each new cell also gets half the other contents of the old cell, so that it has enough of all the important bits to be getting on with.

The exception to this rule is reproductive cells, eggs and sperm.

These cells are destined to join with another reproductive cell, to make a new being in the future. So they only have half as much DNA as ordinary cells.

Thus when they unite with another reproductive cell, the new organism has the full amount of DNA.

To understand this, you have to realize that normal cells have two copies of their DNA (one from each parent). This means a cell that is about to divide actually has 4 copies of its DNA for a very short time.

What exactly is a cell anyway?

OK, so now we know a bit about how important cells are.

But what really is a cell?

The three images above are all examples of plant cells while the 3 below are all animal cells.

The simplest answer is that a cell is a container… like a box or a bottle or a jar.

It has an inside and an outside… and something like a wall in between – to let us know where the outside begins and the inside ends.

This ‘something like a wall in between’ is called a cell membrane.

Though like your house, it has doors and windows, to let things in and out.

A cell membrane is very flexible and the cell can change shape quite easily.

However some cells have given up this flexibility for greater strength and protection in the form of a ‘cell wall’. A cell wall is not flexible, so cells with one have a constant shape.

Most, but not all, bacteria and archaea have cell walls.

In prokaryotic cells, these can be fairly loosely distributed. But in multi-cellular cells they are often stored in special areas.

In multicellular organisms, the cells are specialized to perform particular jobs. Jobs such as storage, support, growth, transport of resources, or defence of the organism.

To fill these various roles, the cells end up becoming very different from each other.

There are many, many more types of cells. So many in fact, that you can spend your whole life studying just some of these cells and how they work.

To do this you’d become what we call a ‘Cell Biologist’!