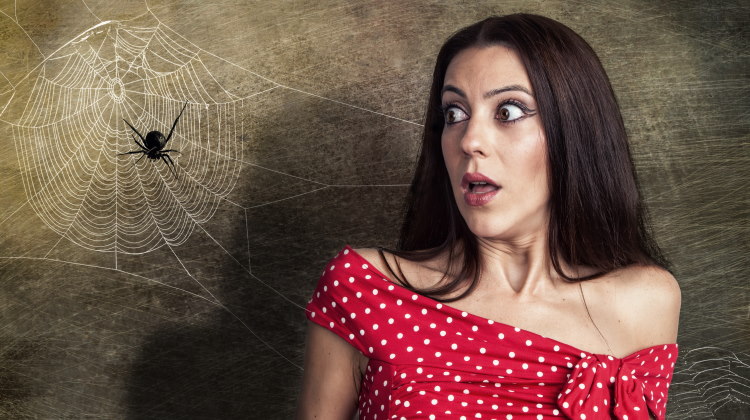 Arachnophobia is the scientific name for the fear of spiders. It is the most common example of an animal-based phobia – and many people experience it mildly.

For some people, it has very intense effects. Different people suffer to different degrees and to those who do not suffer them, phobias seem irrational. The afflicted person reacts intensely to the merest sign of the phobia causing animal. It is often difficult, if not impossible, for those of us not suffering to make any sense of what they are experiencing.

Phobias can be stimulated by many animals, but spiders are the most common source.

Phobias do not infer a cowardly or otherwise weak mind. Bowers of the Antarctic, an intrepid explorer of the most inhospitable places on Earth, was apparently terrified of spiders. People who suffer badly can not even enter a room without having someone else check it for spiders first.

Fear of spiders has a long history.

Around the time of Christ’s birth, parts of Abyssinia were abandoned by the whole population as a result of a ‘plague of spiders’.

Amongst primitive peoples, fear of spiders occurs irregularly; while many African peoples exhibit a general fear of large spiders, most Amazonian Indians don’t. In fact the Piaroa Indians actually eat the larger spiders and consider them a delicacy.

They are not the only ones to do so. Throughout European history, there are scattered records of individual people who loved, and thus ate (and even delighted in eating) spiders. The French author Reaumur reports a certain young lady who ate all the spiders she could find.

There are also written records suggesting that one Maria Schurrman was very fond of them; claiming her birth in the sun sign of Scorpio as justification for her habit.

In addition to this, the astronomer Lalande is also known to have enjoyed them.

However, it is mostly women who are recorded as having such epicurean tastes. W. S. Bristowe, author of The World of Spiders, reports that although he had already tried eating cooked tarantulas – he was surprised by a lady called Miss Jennifer Walker who assured him common British spiders were delicious eaten raw.

She ate one, after he had turned down the suggestion, and he then followed suit. His report continues to tell us that during the after noon they sampled 5 different species.

Anyway, all this goes to show that the fear of spiders certainly doesn’t effect everyone. In my experience, it is young people that are most likely to accept spiders as just another fascinating animal – if given the chance.

Why Are People Afraid Of Spiders?

I suspect a part of arachnophobia is a result of our adult alienation from the beauty of the world.

It is a fact that most serious sufferers are middle aged and older. It is also a fact that 9 out of 10 recorded suffers are female. This of course may well reflect our social gender expectations, in that men find it much harder to admit to being frightened of anything. 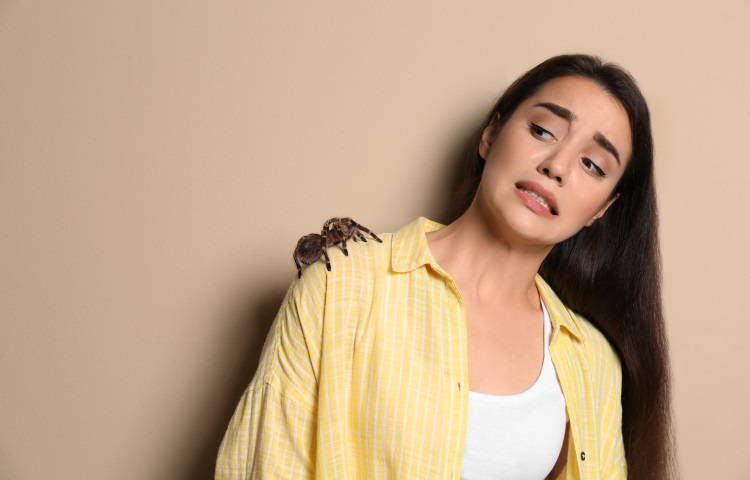 Paul Hillyard reports that when 18,000 children were questioned in the 1950s about the animal they liked least, the spider came second with 10% of the vote (snakes won).

In 1988, the Spider was still second – but by now the Rat had slipped into first place. In the USA in the 1980s, the Cockroach was a clear winner and spiders were way down the list.

Theodore Savory analysed the reasons why female school students in England disliked spiders; the 3 most important reasons were spider size, the black colouration and lastly ‘the length of the spider’s legs’.

In the UK, nearly 50% of woman and 10% of men admitted to some degree of arachnophobia when questioned. About 3% of people claimed an extreme fear, and the most people claimed ‘some apprehension’.

Scientists agree that there are 3 components to a phobia: 1) the experience of fear, 2) physiological responses (sweating, heart-rate etc.), 3) motor responses (immobilisation or flight).

However there is little agreement as to where the phobias come from. There is some general agreement that many people seem to inherit at least a predisposition towards experiencing arachnophobia; and that otherwise it can be conditioned into people. But apart from this there are only a large number of unproven theories as to the causes.

How To Get Over It?

The most accepted form of treatment for a fear of spiders is aversion or behaviour treatment.

These tend to involve a mixture of education and experience. Most people affected by Arachnophobia (in fact most people) have little real knowledge of spiders; learning allows the sufferer to use their own mind to counteract the rising emotions. Familiarisation or experience has a similar effect, giving people the opportunity to gain perceptual evidence of spiders as being basically harmless – to desensitize them.

Although the details of all treatments depend on the therapist – as well as on the age and experience of the sufferer – a large degree of moral support is essential.

Spiders are really fascinating and often attractive animals… if you can learn to share your world with them in peace, you will have added a little to your enjoyment of life. Good luck.