A swim bladder (also called a ‘air bladder’ or ‘gas bladder’) is a gas filled bag that sits in a fish’s body cavity, above its guts.

The acquisition of a swim bladder, with the neutral buoyancy it gives to its possessors, was one of the crucial steps in the evolution of modern fish. Without it, fish would most surely be far less diverse – in terms of number of species and of the habitats they make use of – than they are today.

The earliest fishes, as well as modern cyclostomes, sharks and rays, all live without a swim bladder.

To do this, they either have to keep moving all day, every day… or, live on (or at least rest on) the sea floor. This is because a fish is heavy than the water it lives in – and it will sink if it stops swimming (unless it has a swim bladder).

Swimming all the time is expensive in terms of energy and resting on the bottom is not always practical, especially in deeper waters. Furthermore, when you are using your fins to generate lift – and thus stop your self from falling to the bottom of the ocean – you can’t be using them for anything else. 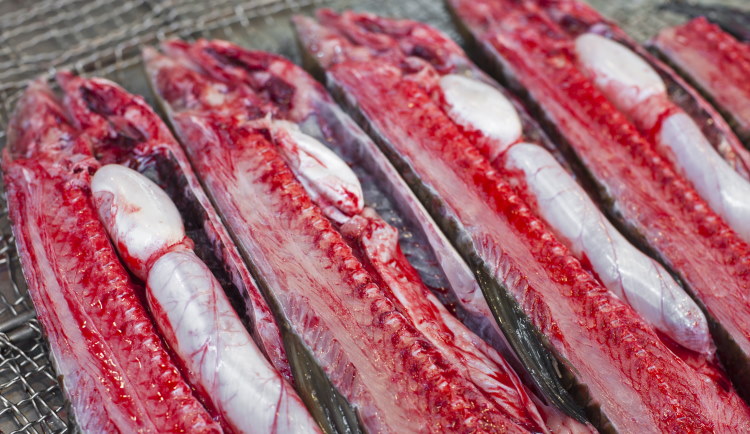 Thus, the evolution of the swim bladder set fish free. They no longer had to keep moving forwards in order to stay at the level they wanted. And they could now use their fins to help them perform much more complicated manoeurvres, like staying still, swimming very slowly, turning on the spot, swimming head down, or head up, or even backwards.

Scientists believe that the swim bladder of modern fish evolved from a lung that early bony fish possessed.

Probably these fish lived in shallow tropical waters that had a low oxygen content – and which even have dried up in the summer, or dryer season. The possession of a lung allowed the fish to gain essential O2 from the air. When the environment these fish lived in changed, so that they no longer needed the lung to breath, nature slowly adapted it for its new role as a buoyancy organ.

Oxygen is much more plentiful in our air than it is in water. Even though the oxygen content of the atmosphere has varied over the millenia, this was also the situation when these fish were first evolving.

The microfauna/flora living in the water also play a role in regulating the O2 level of a body of water.

We human beings – and some ancient lineages of fish, such as the lungfish of South America and Africa – possess a ventral lung. Scientists believe that this was the original position of the lung.

However, for swimming fish, in comparison to fish which live on the bottom of a pond, a ventral lung is a problem – in that it makes the fish top heavy and liable to flip belly up.

Consider the problems you have trying to sit on top of a beach ball in the sea rather than merely hanging beneath it. Moving the lung, or swim bladder, to the most dorsal position possible made life much easier for fish.

That is why, in modern fish, the guts (see fish digestive system) always rest below the swim bladder in a fish’s body cavity. Nevertheless, they are still a little top heavy, which is why they sometimes float upside down when they are dead.

The air bladder of modern fish is an ellipsoidal, gas-filled sac that arises as an extension of the gut.

In many species of fish, the air bladder remains connected to the gut and the fish can use this connection to control the amount of gas in the air bladder. This is called the ‘Physostomous’ condition.

These sorts fish mostly live in shallow waters and swallow air at the surface of the water. This air is then passed into the guts and then forced into the air bladder. In some Physostomous fish, the air bladder is constricted near the middle to make it look like two sacs. However gas freely passes from one section to the other.

In other species, the connection with the gut is closed and no gas can be moved from the gut to the air bladder. This is called the ‘Physoclistous’ condition.

These fish are able to control the amount gas in their swim bladders, by means of one or more areas where the membrane is very thin and richly supplied with capillaries. Gas exchange is through the capillaries and the membrane. 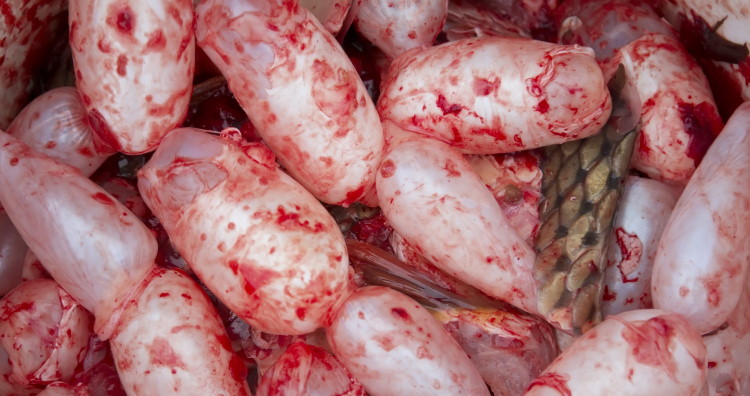 The capillaries are both arterial and venous and they are arranged in a counter-current system, to facilitate the creation of high gas pressures within the swim bladder. These areas are known as ‘rete mirabile’, some physostomous species also possess one or more rete mirabile.

The gases fish use to inflate their swim bladders are those of the air around us, N2, O2 and CO2. However ,the proportions are not the same as in the atmosphere and vary between different species of fish.

Therefore to maintain neutral buoyancy, a fish must have twice as much gas in its gas bladder at ten metres depth as it has at the surface, and four times as much at 30 metres… and so on.

This is why physostomous fish give off bubbles as they come to the surface and take a gulp of air, before they dive down again. Obviously a fish rising from a depth of 30 metres needs to loose gas pressure quickly, if it desires to maintain neutral buoyancy. If it does not, it risks having its swim bladder greatly enlarged as the pressure is reduced.

This is why some fish, caught at a depth and brought quickly to the surface, have their swim bladder expanded to fill their throat and sometimes even extending beyond the mouth.

Nature is always creating diversity – which means changing things – and with 34,000 plus species to play with, there is plenty of diversity to be found amongst the fish.

Although it was the evolution of the swim bladder that allowed modern bony fish to conquer the lakes, seas and oceans of this world, many modern fish have given up their swim bladders. Foremost among these are many species which live their whole lives on the sea or ocean floor. Particularly those species which have partially sedentary lives, such as Blennies, Weavers and Flatheads.

Another type of fish that now has no swim bladder, are the highly energetic fish such as Tunny. They have oils in their body that help with buoyancy and they spend their whole lives actively swimming. For a fish that is always on the move and often changing depth quickly, a swim bladder would be more of a hindrance than a blessing, so they have simply learned to do without.

Perhaps now you’d like to learn more about fish anatomy.