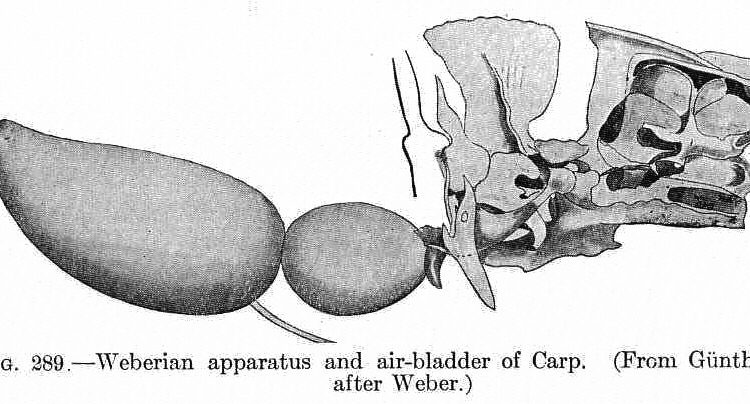 A Sense of Touch

Touch is the primary and most immediate of senses and it is as important to fish as it is to any other group of animals.

As in most animals, the skin of a fish is an important sensory organ and it is endowed with a mass of sensory nerves. Many of these relate to the fish’s sense of touch, but others sense water conditions such as temperature and salinity.

A Sense of Temperature

Scientific research has shown that fish are highly sensitive to variations in water temperature and that they can detect changes in ambient water temperature as small as 0.003 to 0.007 degrees. This is obviously useful to a fish that is trying to move to a warmer or cooler area.

Fish detect water temperature in one, or two different ways.  In most teleost fish it is the lateral line that contains the temperature senses. However cartilaginous fish and some others posses specialized organs called ‘Ampullae of Lorenzini’. These are a form of electroreceptor, and in cartilaginous fish, they form a network of jelly-filled pores across the fishes head.

A Sense of Salinity

Marine fish, as might be expected, are also highly competent at sensing the salinity (salt content) of the water around them. In scientific experiments, fish have been shown to be able to discriminate between salinity levels varying by as little as 0.5 parts per thousand.

How fish detect changes in salinity (the saltiness of water) is fascinating but chemically complex.  In simple words fish have special calcium based receptors that detect changes in density of cations in the water around them.

In more detail these receptors are called Calcium polyvalent cation-sensing receptor (CaRs).  They are G protein-coupled receptors that detect alterations in divalent and polyvalent cations present in a surrounding liquid.  CaRs proteins are present in many organisms including human beings where they work to regulate Ca2+  ions in extracellular fluids.

In fish they also work to allow the fish to sense and respond to alterations in water salinity based on changes in Ca2+, Mg2+, and Na+ concentrations.

A Sense of Pressure Pressure

In fish of the superorder Ostariophysi, pressure sensitivity works through a group of small bones connected to the swim bladder.  Together these are know as Webarian Apparatus.

You can learn more about other fish senses from the links here: about fish anatomy.