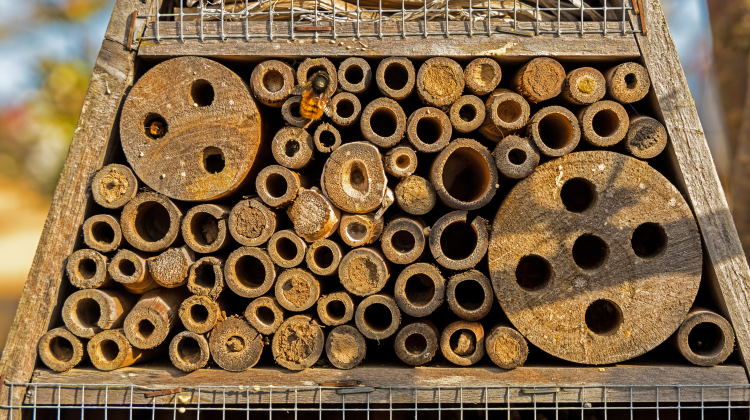 Insect Conservation is not a new idea, it has been around for well over a century.

But it was – and still is to a certain extent – like the insects it was trying to save… not all that popular a concept.

But now the insects are coming into their own and the importance of insect conservation is more and more being accepted by the people in power. Hurrah for that!

People often respond to the idea of ‘Insect Conservation’ by asking two questions, namely: “What is it?” and “Why do we want?”. In this page I am going to try and answer those two questions.

Why Conserve Insects? Surely there are plenty of them around! After all, you see hundreds of them all the time in the fields and woods… This is a typical non-entomological response to the idea of ‘Insect Conservation’.

The fact is, this is just not true anymore. There are far less insects around now than at anytime since mankind has been on this planet.

There are however many reasons. On a general level, the diversity of life on this planet is part of what makes it so great to live on – reduce the diversity and you reduce the pleasure of every life. Just imagine how boring it would be if there was only one kind of plant and one kind of insect. Everywhere you went would look just the same…. boring or what!

Another way to look at it is to realize that the perception of diversity and variety in the world around us is important for our mental and spiritual health. This fact is hard to prove scientifically, so it is often ignored by politicians and scientists.

But it is true: quality of life is important.

We human beings get all sorts of generally unnoticed benefits from insects. The aesthetic appreciation of their beauty gives us pleasure. The study of insects has been of invaluable in helping us come to understand the world we live in; and insects have, and still do play, a very important role in medical research and the curing of many diseases.

No aspect of your life is unaffected by insects in some way. As you would expect of an animal group that contains over 80% of the species recorded on the planet, the economic importance of insects is immense. It is true that some insects cost mankind money and resources, but these are only a very small percent of the total – and without them much of modern science would not exist. However the beneficial aspects of insects far outweigh their negative costs.

The honey industry is huge, supplying jobs for thousands of people and generating 1000s of millions of pounds of revenue every year. However this is just a drop in the bucket compared with the value of their pollination services. Without insect pollinators many of the plants that we use for food, construction, and for decoration could not exist.

If this wasn’t enough to make insects worth conserving, it is true to say that without insects most of the terrestrial life forms on this planet would slowly disappear.

Insects are a part of nearly every food chain, either directly as food for other insects, fish, amphibians, reptiles, birds, mammals and other arthropods, or indirectly as agents in the endless recycling of nutrients in the soil.

Insects and mites are extremely important in helping microbes break down dung, dead plant and dead animal matter in the soil and leaf litter layer – so that the nutrients that plants need to grow can be released into the soil. Though these insects are often small, their importance is great and without them this important process would be at least 10 times slower than it is with their help.

So How Do We Conserve Insects?

This is a more difficult question because at the functional level it is different for every species of insect. This is because to conserve insects, we need to make sure everything they need to live is available for them when they need it.

Unfortunately we do not know what all the requirements are for the great majority of insects, and ‘Insect Conservation’ often involves ‘Habitat Conservation’ instead.

This works on the hope that if we preserve enough of each sort of habitat, this will allow all the insects to survive as well. This is OK to a certain extent but eventually we will need to know all the requirements of each species of insect if we wish to be sure of conserving them. As there are a million known species of insect on the planet, and perhaps as many as 30 million yet to be discovered, you can see there is a lot of work still to be done.

Our big problem is how to convince politicians, businessmen and civil servants that this is the case.

There are many examples and much more that can be said about insect conservation. If I have convinced you that it is important then you may want to read some of the books listed below. Some of which you should be able to find in your local library, some are definitely worth buying.

Remember that we are a ‘part of’ the life of this planet. Ultimately our health – both as a species and as individuals – is intertwined with the health of the planet. This includes the full, and ever increasing, diversity of other life forms that share it with us.

Extinctions do occur naturally and are part of the cycle of life and death – which is a major component of the evolution of life on this planet. However, mankind has recently accelerated the rate that other species are going extinct – so that now it vastly exceeds the rate at which new species evolve.

This is not a good situation and there is no excuse for us – as an intelligent, conscious species – failing to appreciate and take responsibility for the effect we have on the world around us.