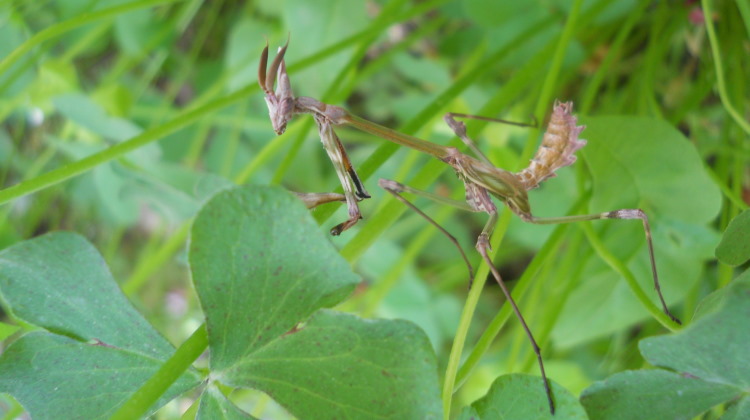 The Dictyoptera are one of the Orthopteroid orders and are thus closely related to the Orthoptera (Crickets and Grasshoppers) themselves, as well as to the Phasmida (Stick-Insects), the Isoptera (Termites), the Grylloblattodea and perhaps more distantly to the Dermaptera (Earwigs).

Both of the subgroups of the Dictyoptera i.e. the Cockroaches and the Praying Mantids are among those insect groups commonly kept as pets by many people throughout the world.

Dictyoptera are described as variably sized insects with generally filiform (long and thin) antennae, usually composed of many small segments. They have mandibulate or biting mouthparts and legs that are roughly similar (except the Mantids which have raptorial forelegs), most have 5 tarsi.

The genitalia of both sexes are generally concealed; behind the 7th abdominal segment in the female and behind the 9th in the male. Cerci are present and males bear a pair of styles as well. No specialised stridulatory organs are present, though some Mantids do have a single ear on the metathorax which allows them to hear the sonar of bats.

The Dictyoptera have short ovipositors and the eggs are laid in an ootheca, a light protective case.

The order Dictyoptera is divided into two suborders (though in some taxonomic schemes you may find the two suborders treated as two independent orders i.e. COL, here each group is dealt with separately):