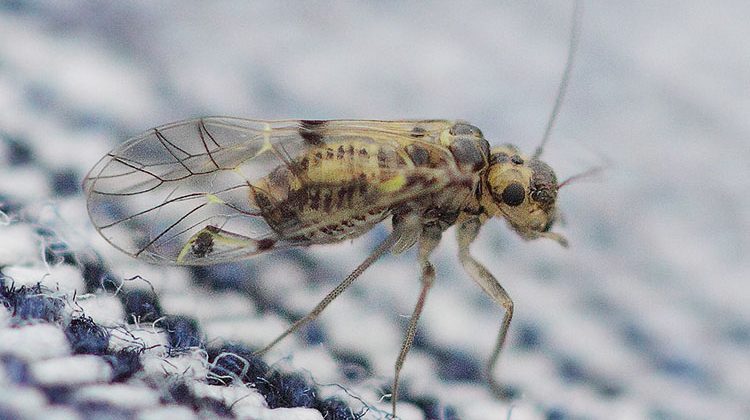 The psocodea is a new order for an aggregation of several old groups of insects. Basically all the various forms of lice have been put together in a single order (which was a superorder before).  This is because scientists now believe that what are called the ‘true lice’, the ones that are external parasites of birds and mammals, biting lice and sucking lice, originally evolved from the Psocoptera, the Book and Bark Lice.

The etymology of Psocodea is from the Greek “psokos” meaning rubbed or gnawed.   Roughly translated this would make the Psocodea “insects that gnaw”.

According the the online database The Catalogue of Life there over 11,000 named living species of Psocodea.

The taxonomy of the Pscodea is still under revision, even the status of the Psocodea is uncertain with some experts calling it a superorder.  This is the path taken by Lyal 2008, who then has Pscoptera and Phthiraptera as two orders within this superorder.  The online taxonomic database the Catalogue of Life list Psocodea as an order and then just gives a list of families.

If you call the Psocodea an order then you could call the Pscoptera and the Phthiraptera suborders and then the Anoplur and Mallophaga as infraorders, however generally speaking, unless you are working as a louse taxonomist. it is simplest to treat the psocodea as being divided into three suborders, The Anoplura, the Mallophaga and the Psocoptera, at least until such times as the experts finish their DNA sampling and phylogenetic analyses.