Etymology: From the Greek Arthron a joint and Pous for foot.

Characteristics of the Arthropoda:

Among the living animals of the world, Crabs and Prawns, Woodlice, Spiders, Scorpions, Insects, Millipedes and Centipedes are all Arthropods.

They are linked together by the possession of a hard-jointed exoskeleton, a through-gut and jointed limbs.

Arthropods are currently thought to have evolved from Annelids.

Both groups have the same sort of central nervous system and a similar circulatory system, along with metameric segmentation and tagmatization (see below).

They have diversified to live in every habitat imaginable. From the tropics to the poles, from the bottom of the oceans to the tops of mountains, both underground and inside other animals and plants… wherever you look, Arthropods are ubiquitous.

With an amazing 1 million named species (and estimates of total species numbers rising to 30 million) the Arthropods represent over 80% of the Animal Kingdom and probably at least half of all living organisms.

Arthropods are amazingly diverse in form and function. In many cases fundamental characteristics have been secondarily lost – either completely or are only visible in embryonic form – hence the suite of “(in most cases)” in the list above.

Most of these problems are generated by the Crustacea whose variability is incredible.

Because of their huge numbers and the density at which they occur in many habitats (on land, in the soil, in fresh water and in the sea) arthropods are of immense importance to the ecology of the whole planet. It is true to say that without them, complicated multicellular life on this planet would simply collapse and probably disappear all together.

Their economic importance to mankind is also beyond measure. They are important in nutrient recycling, in both aquatic and terrestrial environments – comprising the key workers in most ecologies. They supply food directly for huge numbers of Amphibians, Fish, Birds and Mammals and Reptiles and indirectly for more still.

As insects their value as pollinators of flowering plants – and therefore as preservers of floral diversity – is incalculable. While there contribution to modern biological and ecological research is equally extensive. 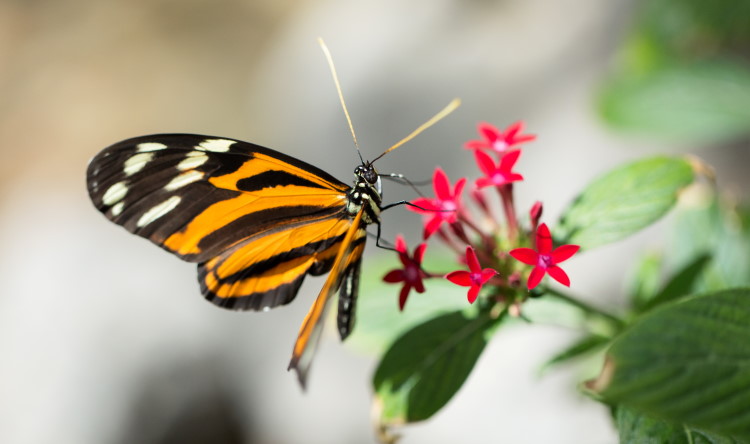 The arthropoda have been around for a long time and several major (and many minor) lineages are now extinct. Perhaps the most well know of these are the Trilobites.

The first arthropods evolved in the warm seas of the Cambrian period about 540 million years ago.

Amongst the first arthropods were animals called Euthycarcinoids, creatures that appear to have been halfway between insects and crustaceans. Trace fossils – fossils left by animal activities – indicate that around 500 million years ago, these long extinct arthropods were possibly the first animals to colonize the terrestrial environment.

Certainly scientists believe that arthropods, first as detritivores (feeding on dead plants and micro-organisms) and then as carnivores, were the first animals to live on land.

The living Arthropoda can be divided into three subphyla, 16 classes and innumerable orders and families. The higher level classification of the Arthropoda is given at the end of this page, along with links to pages containing more specific information on each of the groups.

Metameric segmentation is where the body is divided into a series of repeated segments, as in a millipede for instance. 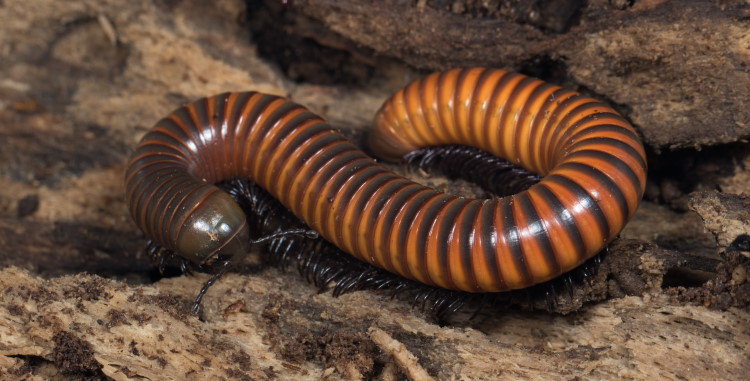 Each segment then performs all the functions of the body trunk sections, has legs, nerves, breathing apparatus, a unit of digestive tract and all the same organs and tissues. Each segment is in fact a copy of the one before it and the one behind. This is obvious in some arthropods, like millipedes, but not so obvious in others.

What has happened in the others is called tagmatization.

This is where groups of segments become specialised to perform specific functions for the whole body. These groups of segments are called Tagmata (Singular = Tagma). Careful dissection and analysis can reveal the underlying form of the original metameric segment in most cases.

Some tagmatization occurs in the annelids, i.e. the head with its various appendages. However in the arthropods it has become far more advanced. Reaching its ultimate expression in animals like Spiders and Barnacles, which do not appear to have any segmentation at all to the casual observer.