Etymology: From the Latin Loricus for girdle or Lorica a corselet, and Ferre to bear. Hence “an animal with a girdle or corselet”.

First discovered in 1983 by Reinhardt Kristensen, these minute (less than 3mm long) animals are still relatively unknown. They were for some time considered to be a phylum in their own right, however modern classification makes them a class of the phylum Cephalorhyncha along with the Kinorhyncha and the Priapulida.

Loriciferans are minute marine invertebrates (115-425 μm).  The Loricifera as a group is characterized by their complex life cycles. This is more evident in the Pliciloricidae than than in the Nanaloricidae, involving a succession through several larval and post-larval forms to the adult.

They possess a bilateral body which is divided into a head ( comprising a mouth cone and an introvert), a neck, and a thorax and abdomen. The mouth opening is located at the anterior end of a telescoping mouth tube called an ‘introvert’. Several rings of spine-like appendages called scalids  protrude from the introvert and neck.  These can be of various shapes and sizes.

The thorax region has no external appendages. The abdomen is enclosed in a cuticular exoskeleton called a lorica, which is composed of several plates or plicae and houses the introvert when it is retracted.

Loriciferans live in the interstitial marine shell-gravel at depths of between 15 and 480 metres. Though they are believed to be cosmopolitan, however little is yet known of their distribution. The Genus Nanaloricus has been identified from the shores of France, USA (Carolina and Florida) and the Azores.

They have a gut and that is similar in design (an example of convergent evolution) to that of the Tardigrades. This along with the stylets that surround their mouths, suggests they feed by piercing plants or animals with these stylets and then sucking up body fluids. They may therefore be ectoparasites or predators.

They are pseudocoelmates and they have no respiratory or circulatory organs, both these functions being performed by their body fluid.

News Updates for the Loricifera

The Media and Extreme News

In 2010 a paper was published suggesting that some Loriciferans may be the first metazoan animals discovered living in completely anoxic conditions (without oxygen).  This was the result of some research ongoing into conditions in and around a DHAB (deep hypersaline anoxic basin) in the Mediterranean sea.  This paper was rapidly and extensively reported on after its publication by Woods Hole Oceanographic Institution, with people asking “Do we now need to rewrite the basics of animal biology?”.

Not so well published was the 2016 press release by the same institution that stated. 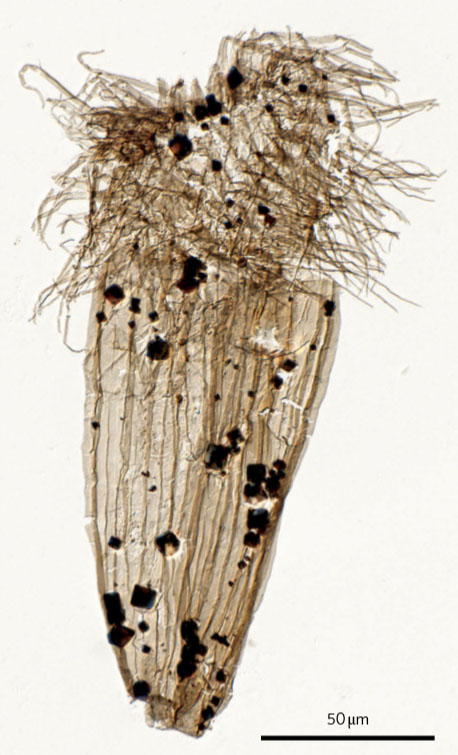 “The possibility of a viable metazoan community in brines of DHABs is not supported by our data at this time,” the authors wrote in their new paper.  “That earlier group’s 2010 paper came out with such a splash,” Bernhard said. “But based on our detailed observations, our paper offers a different perspective on the assertion that there are permanently anoxic metazoans. Maybe people will see our paper and think ‘Maybe we don’t have to rewrite the basic biology textbooks yet.’ “

The First Fossil Loricifera Is Found

In 2017 the world received the wonderful news of the discovery of the the first known fossil loriciferans.  The species has been named Eolorica deadwoodensis and apparently lived in the late Cambrian Deadwood Formation of western Canada (~485–497 million years ago ).  The authors write “E. deadwoodensis provides the first unambiguous evidence for microscopic loriciferans in the fossil record and establishes their long evolutionary history independent of priapulids and other ecdysozoans.”

What is known about them is that they have a body divided into 3 parts.

The head (which contains the mouth and the brain), a trunk region surrounded by six plates that make up the ‘lorica’ or corselet and – in between these two – the neck region.

Adult loriciferans are sexually dimorphic. Males and females differ externally in the number and shape of their scalids. The females seem to produce only one egg at a time and fertilisation is suspected to be internal.   Very little is known about loriciferan embryology, but the cleavage is holoblastic.  The first postembryonic stage identified is sometimes known as a Higgins larva .

Although anatomically similar to the adults in many ways, this unique larva is distinguished by the possession of a pair of posterior flippers, or spines used for a walking across substrate.  This Higgins larva goes through several moults before it metamorphoses into a post-larval stage ( also called a juvenile).  Again this juvenile is nearly identical to the adult except that gonads are absent (in the Nanaloricidae); or it is highly modified with reduced scalids (in the Pliciloricidae).

In some species of family Pliciloricidae, e.g., Rugiloricus carolinensis, the post-larva only occurs inside the Higgins larva where it has the appearance of a highly reduced, thin cuticle that encloses the adult form.

Strangely the larval forms can be much larger than the adults of the same species.  The largest know larval form is from Titaniloricus which can be as large as 800 μm long. 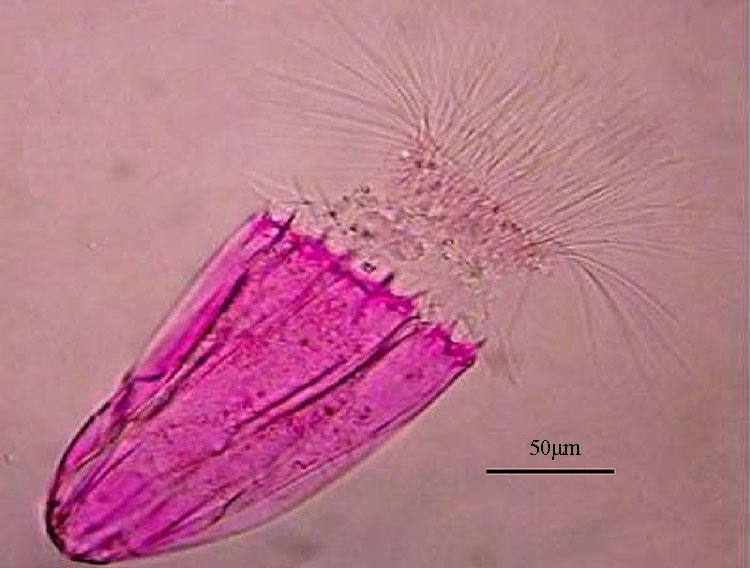