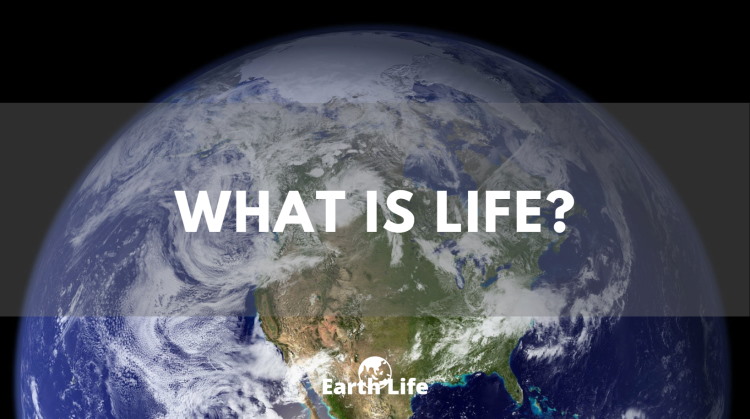 We talk about living things all the time.

We also use the word “life” regularly. But what do we really mean by these words “life”, “alive” and “living”?

These questions are not as easy to answer as you may like.

As soon as you start to look closely at the way we use these words, our simple definitions of what they mean seem full of holes. In fact scientists and philosophers are still arguing about where the boundaries lie between life and non-life.

It is inherent in the way we humans think, that we like to assign everything to categories – with hard, well defined borders.

And it is unfortunate for us humans that a serious study of the world around us seems to indicate that hard, well-defined borders do not actually exist in many cases!

We all know what a plant is, what an animal is… and that the two are not the same.

If we are pushed for definitions, we may say that plants sit still and get their energy from the sun via photosynthesis (the chlorophyll for which makes them green).

While animals move around and get their energy from eating other living things – either dead or alive. This is relatively true and most living things are either animals, plants or something else such as fungi or bacteria.

However, there are animals that don’t move.

And there are plants that have no chlorophyl and get no energy from the sun.

There are also living things which get their energy both. From the sun via photosynthesis and by eating other organism. And some plants wave their limbs around slowly… and even move around as a whole organism, either floating in water or being blown on the breeze.

The truth is that the world exists as a series of continuums.

A series of extremes that grade gradually into one another… and central areas where most things are observed.

The same problem applies to what is considered life and what isn’t.

OK… steel rods don’t grow or reproduce themselves. But in the right environment, some crystals do.

Are these crystals alive?

Today we might think of life as a process.

A process that involves cellular systems in a series of activities.

By cellular systems we mean ones which have a definable inside, separated somehow, from an equally definable outside.

Generally, we define the life giving activities of these systems as:

All the things that science currently accepts as life exist as either single cells, or as a collection of cells working together (see unicellular vs. multicellular organisms).

As far as we know, life began as single celled (unicellular) organisms about 3,800 million years ago.

For most of the history of life on this planet, these single celled organisms have dominated the scene completely. And they are still essential to all life.

Over millions of years, they slowly changed the world by changing the composition of the atmosphere and creating soil.

Multicellular life first appears in the fossil record between 650 and 550 million years ago.

However, at this stage fairly complicated groups such as Trilobites already existed, so scientists believe that multicellular life probably first appeared between 1600 MYA and 1000 MYA.

For reasons that aren’t known, the fossil record is pretty scarce before the Cambrian (600 – 500 MYA).

However… once multicellular life forms got started, they blossomed amazingly!

The first huge explosion of diverse life forms occurred in the early Cambrian. And several other such sudden increases in the number of species have occurred since.

For multicellular organisms to be successful, these individual cells have had to learn how to:

This has involved not only changes in DNA, but changes in the very way DNA works.

It has taken a long time for the complexity of multicellular activity to develop to the extent where human beings with human brains and minds are possible.

However looking looking at the beauty and wonder that humanity is capable of, I think it is a good thing it happened 🙂

What about viruses then?

As human beings we have divided the living world up into 6 Kingdoms of living organisms.

Viruses and other disease causing, non-cellular entities are not considered to be living because they can not reproduce themselves.

Viruses use – and are dependent on – the reproductive machinery of other living things in order to reproduce themselves. They do not have cells.

All the known organisms in the 6 kingdoms of life have a structure based on the cell.

When we look at the whole spectrum of living things we see yet other continuums… ones of size and ones of complexity.

We as humans like to think that we are one end of the continuum of complexity – with prokaryotes at the other extreme.

However, life as we see it is only a snapshot in time. We are neither the beginning, nor the end. And in as much as we need all the different sorts of cells in our bodies in order to stay alive, so we need all the other sorts of living things on the planet.

Life evolves towards complexity. When we as humans reduce the complexity of life in the world around us – in order to make it easier to deal with – we are falling out of harmony with the life forces that created us.

We are, in an analogy, becoming cancerous cells in the global system.

We are, in fact, being very short-sighted and foolish.

As you can see, the question of “what is life” is not one that holds a truly satisfactory answer.

No doubt 150 years from now, we will be teaching our children something entirely different… as our understanding of what life is evolves along with us.

Anyway, why you’re here, why not learn about Sea Lilies.