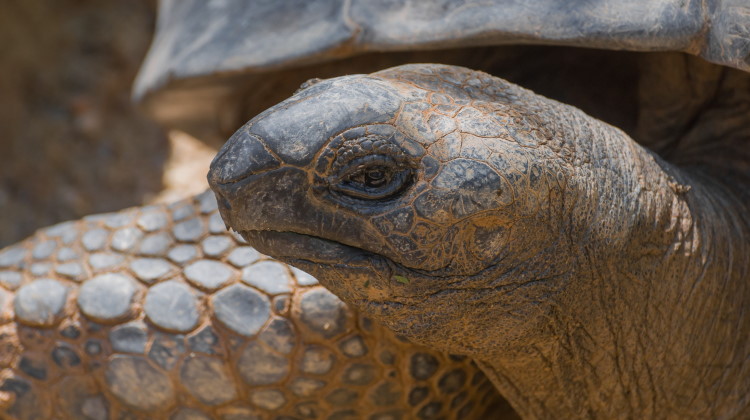 How Long do Animals Live?

This question is not as simple as it seems.

Two different ways of looking at it are: “How long can an individual animal live?” and “How long do members of a given species usually live?”

The first question really means how long can an individual animal live under ideal circumstances, i.e. no diseases or predators, plenty of food and the right living conditions.

For humans, as in all animals, this is a variable depending on the individual. Just as some people are bigger, stronger or smarter than others – so some live longer. Variation is one of the rules that govern all life. For a human being we can say that, at the moment, the limit is about 115 years – though very few of us actually last that long.

The scientifically accepted record is 122 for a French Woman, Jeanne Louise Calment, who died in 1997. For most of us the sort of lifespan we can expect – if everything works in our favor, such as good health – is between 80 and 90 years. Though centenarians are becoming less rare.

For other animals, the best estimates we have for this sort of measure of longevity is for animals born and bred in zoos – where they live a life free from predators and most diseases. The table at the end of this page is mostly composed of data from various zoos.

Normally speaking we expect very few individuals in a natural population to reach their maximum age.  So age estimates of wild-caught or killed animals are usually considered to be below the maximum. Biologists have a number of ways of aging animal. The techniques vary with different species and have lesser or greater degrees of accuracy.

However, recent data has suggested that human beings are not the oldest living mammals.

Animal With The Longest Lifespan? Whales!

Scientists have for some time known that some whales have potential lifespans as great as ours.

Research by Jeffrey Bada of the Scripps Institution of Oceanography in La Jolla, California suggests that Bowhead Whales may live to be more than 200 years old.

Out of a sample of 45 specimens, and using a method based on measuring the changes in levels of aspartic acid, an amino acid found in the lens of the eye (and other places). He found 5 really old males with ages registering as, 91, 135, 159, 172, and 211 years.

The recent discovery (2007 and before) of harpoon heads more than a century old in harvested animals adds support to this research.

When considering how old a bowhead whale may grow (it’s longest potential lifespan), we need to consider that a random sample of 45 adult humans has very little chance of registering any centenarians. The discovery of a single 122 year old human is the result of a sample size of hundreds of millions of individuals not just 45.

News update.  However whales have recently been put into 2nd place by sharks.   In 2016, a group of scientist estimated the ages of a number of Greenland sharks using radiocarbon 14 dating.  They came to the astounding conclusion that the oldest specimen had probably lived for around 392 years (somewhere between 270 and 510 years) and was, therefore, born between 1504 and 1744.  This would make it without doubt the oldest known animal living in the world.  Greenland Sharks grow very slowly and scientists now think they do not reach sexual maturity until they are about 150 years of age.

The second question needs to be looked at more closely.

One measure is average lifespan. This is the mean of all recorded individuals and takes into account all those who die very young, as well as those that die after reaching maturity.

For wild animals, if we look at the average length of life, we would find that some species – particularly those who produce many young during their lives such as opossums – have a very short average life span.

In fact, most members of some species die before they reach sexual maturity, i.e. they die as juveniles, normally in the first year of life.

A female opossum can give birth to more than 15 young in one litter and she can have several litters during her life.

Obviously if this happened all the time, the world would be inundated with opossums (and all the other creatures with this sort of life cycle).

At this rate of reproduction, one female opossum would be the great-great-great grandmother of nearly 6 million opossums in just 7 years.

Assuming each female lives to breed for 3 years in a row, that half the population are breeding females and that females breed the year after they are born, the math looks like this:

Reproductive rate in an imaginary Opossum

Actually, only 2 of the 12-15 young born in one litter need to survive long enough to reproduce themselves, in order to keep the population stable.

This tendency to produce as many young as possible – in the hope that some will survive – is a strategy used by quite a few animals. A species that uses this strategy is called an ‘r selected’ species, or an ‘r strategist’.

Neither of these figures is very real.

Practically no animals in the wild survive long enough to fulfill their potential life span. Most animals die before they reach the mean lifespan for their species, but a few live way beyond this.

Here is a hypothetical example:

This means 28 of them have died before they reached sexual maturity. Seven live on to breed in the first year, 3 of these are females and they produce 10 young each, then 4 die. The next year, the last female produces another 8 young before her and the two remaining males die.

In this scene, the species is a success because the 35 opossums have left 38 others to replace them. Yet what is their average life span?

I hope this hasn’t confused you.

I only put it in here to show that, while you can work out both average and maximum potential lifespans, neither of them mean very much in terms of the animal’s actual lives.

This is why biologists construct life history tables which detail when most deaths occur for a species and what the cause of death was. Life history tables are very important in understanding the ecology of how an animal lives.

Why Do Some Animals Live Longer Than Others?

Scientists have been studying why some animals live longer than others.

Or to put it the other way round: why do some animals’ bodies wear out before others? They have come to realise that evolutionary adaptations can have priority.

In other words, they age more slowly.

The reasoning behind this is that everything in life costs – and evolution only works with a reason.

An animal or plant won’t evolve a characteristic for which it has no use. If your chances of living to see your second birthday are so low as to be almost zero because of predator pressure, you are not likely to evolve the internal mechanisms which would allow you to live for ten years.

This would be like paying ten years’ rent on a house you were only going to live in for 2 years. Highly inefficient.

However, once a species has evolved sufficient protections against predators and so on (such that a fair percentage of the population are dying of old age, rather than from predation), then the reproductive output is likely to increase by having a body that ages more slowly, i.e., by living longer.

In this situation the metabolic activities that keep the body functioning are far more likely to evolve. Hence while small rodents have relatively short lives, bats of similar size (which suffer a much lower predator pressure) have potential lifespans which are 3 or 4 times as long.

Well, I hope this has been useful in answering the somewhat complex question of how long animals live!

Perhaps now you’d like to learn about the mammal skeleton.