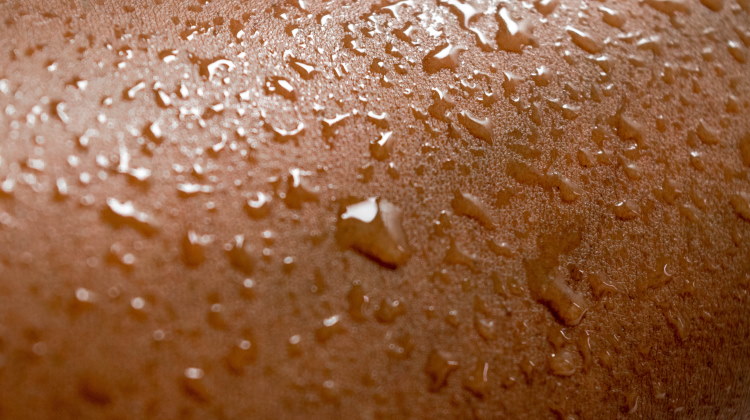 Everybody knows that humans come in different forms.

Particularly we note that people have a wide range of skin colors. While this has been the excuse for huge amounts of human inhumanity since the dawn of human existence, its causes have been much misunderstood.

Even today scientists do not agree 100% on why some people have skin one color and some another.

We do understand the genetic basis behind skin color pretty well. But what we haven’t understood until recently is exactly why different races of humanity should have different colored skin in the first place.

Considering the amount of trouble this simple fact has caused in the world, I feel that knowing that there are simple biological explanations which do not reflect on anybody’s humanity or mental and physical skills is quite important.

The Role Of Melanin

It was easy for people to observe that the nearer a race of humanity lived to the equator, the darker the color of their skin. In more modern times we came to understand that skin color was a result of the presence of a molecule called Melanin – a large complex molecule involving several carbon rings.

Melanin is produced by special cells called Melanocytes. All human beings have the same number of melanocytes, the difference is in how much melanin our cells produce.

Dark skinned people can have 43 times as much melanin per cell as light skinned people. Because it is an amount thing, and not an on or off, thing interbreeding between races results in a full range of shades of skin color.

More recently still, scientists found a link between UV (ultra violet light) and cancer. The more UV you experience, the more likely you are to get certain cancers. Add to this the fact that melanin absorbs UV, thus protecting us and reducing our chances of getting these cancers… and most people thought it was all understood.

However, while we understood why some people had dark skins we had no idea why others had lighter skins. In other words why weren’t we all dark skinned?

Before we worry further about this let us look a little deeper into the causes.

Modern scientists think this all started millions of years ago in our early evolution, when our ancestors were learning to walk upright and moving away from the forests and onto the savannah.

The savannah is hotter than the forests and scientists theorise that our ancestors would have had trouble staying cool and being active at the same time. So two things happened, we lost our covering of body hair and we developed more sweat glands.

Humans are amongst the sweatiest of mammals, with proportionately more sweat glands per unit of surface area than just about any other mammal.

Sweating keeps us cool and a human can loose as much 2.5 litres per hour in sweat. However a protective coat of hair interferes with the evaporative process. Basically hairy people get cooled less for the same amount of sweat as less hairy people – so this is why we became the infamous naked ape.

Scientists theorise that, like modern chimpanzees, our ancestors may have had light skin and dark hair.

Losing our hair would have made us more vulnerable to UV, so we increased melanin production to compensate. But wait, there is more…

The Role Of Folate

Folate, more commonly known as Folic Acid, is a biologically essential nutrient. Lack of it in pregnant women leads to serious neural disorders in the fetus. Otherwise, deficiency in adults can cause anemia, kidney hemorrhage and can make men less fertile.

Unfortunately, it is destroyed by the longer wavelengths of UV light. Some scientists, such as Nina Jablonski of CAS San Francisco, believe that protection from folate deficiency would have been a stronger evolutionary pressure in the development of dark skin – even than the risk of cancer.

This argument is supported by the fact that outside of the tropics, even in winter in some climates, UV light can destroy folate.

All this still points to a need for dark skin. So why do people who live nearer the poles have lighter colored skin?

This is especially intriguing, when you consider that our ancestors evolved in Africa and that therefore lighter skin is something we acquired secondarily since moving away from the tropics.

One suggestion is that the simple economics of life decree that we should not waste energy and food resources making molecules we don’t need. People who made only as much melanin as they needed, had more energy and resources to be making something else – and perhaps this made them more successful.

This may be true but it is only a small effort. A more important consideration is Vitamin D3 or cholecalciferol. A lack of Vitamin D3 causes rickets and can have other even more serious side effects. In the primitive societies our ancestors lived in, a disease like rickets would most likely result in death.

The relevant point here is that our bodies can synthesis Vitamin D3 with the help UV light, so we need to get some UV light. Blocking it all is as bad as getting too much.

So here is the answer to what causes different skin colors: in evolutionary terms, we are being pushed two ways at the same time.

So Why Do People Have Different Skin Colors?

We need some UV light to make Vitamin D3, but we don’t want so much that all our Folate gets destroyed and we start getting cancers.

When we see our racial skin color in terms of this balancing act, scientists can predict – knowing the amount of UV light that reaches the earth’s surface at different latitudes – an optimal skin color (optimal skin melanin content) for people living at those latitudes.

The good news is that the predictions and the reality – for peoples who have been living in one area for 10,000 years or more – match excellently.

If you’re interested in the latest research, you should check out this 2017 study that demonstrates both dark and light skin colors have existed in humans for around 900,000 years.