Home
mammals
What Do Mammals Eat? A Look at Herbivores, Carnivores & More
Help us spread the word...
TwitterFacebookPinterest

What Do Mammals Eat?

So, what do mammals eat?

Well, just about everything except leaf litter and mature tree wood is eaten by mammals somewhere.

This brief introduction to the different aspects of mammalian diets will make use of a collection of common terms such as Carnivore, Herbivore, Insectivore, Frugivore and Omnivore.

While these terms are useful, they are not totally exclusive but indicate major dietary preferences. Thus while carnivores eat meat, many will eat insects, fruit and grass on occasions.

Also, although Herbivores are plant eaters, they inadvertently eat a variety of insects and other invertebrates. Red Deer deliberately consume material of animal origin, as they eat their own or other deers’ dropped horns

Another important point to remember when considering diets of a single species, is that most animals are opportunists using whatever is available in the environment.

Also, it is important to realise that an individual at different times of year (due to changing availability of resources) or at different stages of development (a youngster still physically growing, an adult, a pregnant female or an old individual) will have different nutritional requirements.

This means that the diet of any one animal will change throughout its life, as what is available for it to eat and its own nutritional requirements change. This affects nearly all species in all groups, but is most evident in the omnivores.

Most species feed on a variety of other species, as this allows them to survive fluctuations in the food species populations. It is also an evolutionary flexibility which allows species to adapt better to an ever changing world.

The exceptions are special animals which have very restricted feeding habits. Some examples of this are:

Herbivory – eating plants – is common in mammals of several orders. All the order Lagomorpha, Sirenia, Proboscidae, Perrisodactyla, Artiodactyla are herbivores, as are the families Macropodidae in the Marsupiala and Castoridae and most of the Cricetidae in the order Rodentia.

Other rodents in various families are herbivores also. If you were to weigh all the mammals in the world, the sheer bulk mass of them would be herbivores.

Plant material is mostly cellulose with water and some carbohydrates, but very little fats and proteins.

Cellulose, however, is largely indigestible to vertebrates, particularly mammals as they do not have the correct enzymes to break it down. Herbivore mammals get around this problem by living in harmony with a variety of microbes. This internal flora breaks down the cellulose into usable sugars and also secretes various vitamins and fatty acids.

Different mammals have their digestive tracts organised in different ways.

Thus, one group of mammals known as ruminants has evolved several stomachs which are called the Rumen, Reticulum, Omassum and Abomassum.

The first, known as the Rumen, is a huge reservoir in which chewed vegetation is attacked by the animal’s internal flora. No digestive juices are secreted in this stomach. Cows are a prime example of this form of digestion. 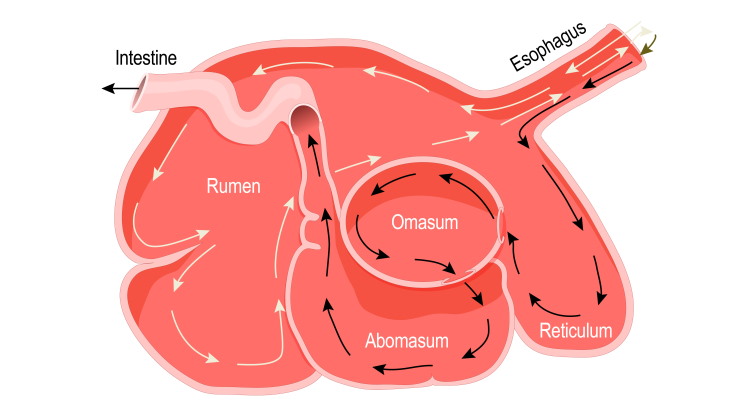 Many herbivore mammals however, to not have a rumen – horses and kangaroos for instance. In these cases the bacterial flora which digests the cellulose lives in the enlarged colon, part of the large intestine. In all these animals, the length of the digestive system is far longer than in other mammals of similar weight. All these animals feed on leaves or shoots.

Other more specialised herbivores feed on either seeds or fruits. Both seeds and fruits provide a far more nutritious diet than leaves. They contain many more sugars and/or fats and proteins.

Many of the 1750 species of rodents in the world live mostly or entirely on seeds. Fruits are fed on by a wide variety mammals particularly primates (monkeys and apes, etc) and many tropical bats.

A number of the mammals mentioned above will eat flowers when given the opportunity, as well as bark. Also included in the diets of many herbivores, as well as many omnivores, are fungi.

Finally, several genera of tropical bats feed almost exclusively on nectar and pollen which they extract from flowers with specially evolved tongues.

Note: Ruminants chew their food more than once. It is brought up from the rumen to the mouth after a certain amount of fermentation. When sufficiently chewed, it is passed straight to the second stomach – the reticulum – without going to the first stomach again.

From there it moves on through the digestive system. Digestion is completed in the fourth stomach and nutrients are extracted in the small intestine. In both ruminants and non-ruminants some additional fermentation occurs in the caecum. Ruminants tend to be about 60% efficient in cellulose utilisation, while non-ruminants are only about 45% efficient.

A number of the Carnivora are omnivores though, particularly the Bears, Badgers and Mongooses. Many smaller Carnivora are practically insectivores (meaning they feed primarily on insects a subset of carnivory).

The Baleen Whales, of course, feed on crustaceans – another group of arthropods. Most of the pinnipeds feed on fish or seabirds. 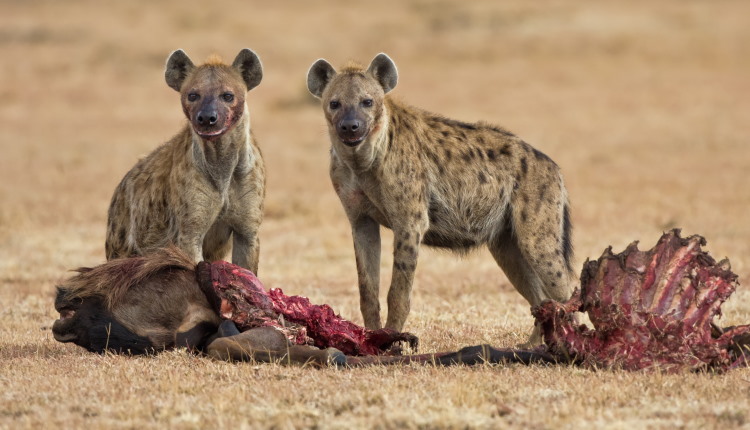 For the larger carnivorous mammals, the most common prey are other mammals and birds. Hyenas are primarily scavengers on the already dead. Lizards and snakes are preyed on by a few species particularly the Mongooses.

Species that are happy to prey on venomous snakes are all resistant to some extent to the snake’s venom. Thus, the European Hedgehog is 35-40 times more resistant to the venom of the common viper than other mammals.

Within aquatic environments fish are the primary vertebrates. They are preferentially preyed on not only by seals and otters but also by at least 3 species of bats.

Arthropods make up almost the entire diet of most insectivore mammals such as shrews, the Microchiropterine bats, pangolins, anteaters, aardvarks and aardwolves. They also make a considerable contribution to the diets of moles, foxes, badgers, mongooses, skunks as well as many primates and rodents. 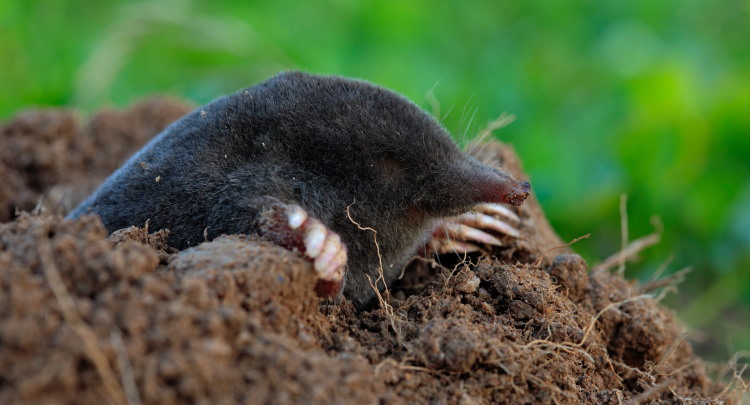 The diets of many insectivores are often quite varied. One study of the European Mole showed that of 200 moles analysed after death:

Obviously, most moles feed on a variety of substances each day, taking advantage of whatever is available.

Omnivory is a generalist habit, one which makes its exponents more capable of living in a changing and variable habitat, or taking advantage of more than one habitat in succession.

As I have already stated, mongooses and many foxes are omnivores as are bears, badgers and quite a few rodents including the very successful brown rat.

Many primates are also omnivores, including mankind. Many of the smaller primates feed on fruits, seeds, leaves, insects other invertebrates, birds and their eggs, amphibians and reptiles. Whilst some primates such as the Gorilla are almost entirely herbivorous. Of the primates, only Man and Chimpanzees hunt large sized prey in groups.

Well I hope this has been an interesting look at the different types of mammalian diet and what mammals actually eat.

Perhaps now you’d like to check out how giraffes walk.