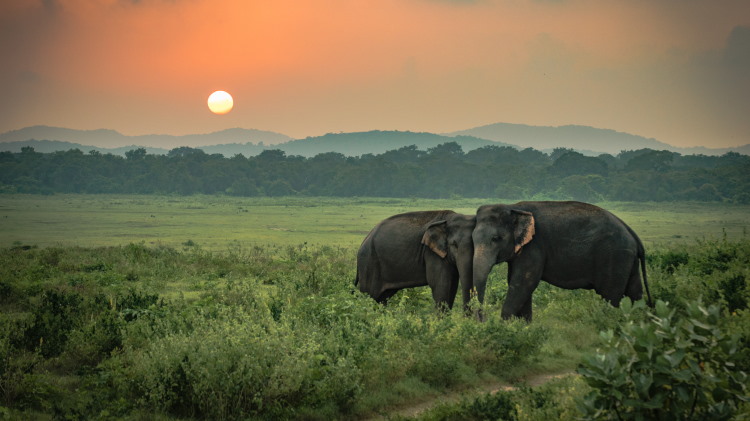 Elephants are members of the family Proboscidae and they are the largest animals currently living on land.

They are well known and extremely popular among both children and adults – both as images and as real animals in zoos and wildlife parks.

In many Asian countries, and some African ones, elephant rides are a major attraction for tourists. The elephant is a commonly used symbol in industry and advertising and they are common characters in children’s books.

Elephants are very successful animals and they have been around for a long time. The fossil record indicates that more than 300 species have walked the earth over a period of 55 million years. 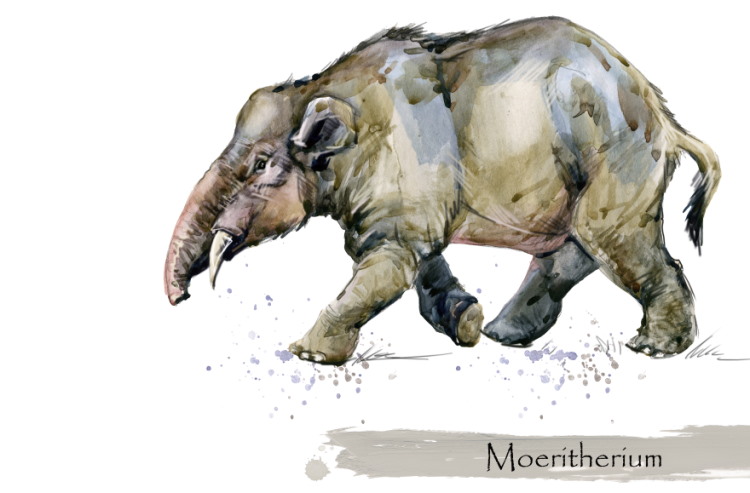 The first true known member of the family (and therefore the great-great ancestor of our modern elephants) was Moeritherium. Moeritherium was about the size of a pig and it is believed to have lived in swampy environments.

The first proboscidean that actually looked reasonably like an elephant occurred about 35 million years ago and is called Paleomastodon. Paleomastodon was about the size of a cow and had tusks and a short trunk.

Modern elephants, along with the recently extinct mammoths, only evolved about 5 million years ago. Since then elephants have evolved to live in many different habitats and their fossils have been found on all continents except Australia and Antarctica.

How Many Species Of Elephants Are There?

Up until recently there was thought to be only two species of elephants living in the world today: the Indian Elephant Elephas maximus and the larger African Elephant Loxodonta africana.

L. africana was believed to exist as two subspecies L. africana africana which lived on the savannah and L. africana cyclotis which was smaller and lived in forests. Respectively they were known as the Savannah Elephant and the Forest Elephant.

However in 2000 AD, a DNA analysis of both the two subspecies of L. africana and E. maximus revealed that there were actually three species of elephant alive on our planet because the Forest Elephant was no more closely related to the Savannah elephant than it was to the Indian Elephant.

However while ecologists have just got used to the idea that there are three and two not species of elephant, a report by Lori Eggert of the University of California published in Proceedings of the Royal Society B recently suggests that there are five separate DNA lineages among the elephants of Africa.

Though they are making no statements concerning how many species of elephant this may mean there really are. We will have to wait for the final answer.

They have come in a range of sizes and shapes.

In between, we have numerous elephant species with strangely twisted tusks. Some with 4 tusks, some with none, or their tusks devolved to flat teeth designed to work as a shovel.

Elephants, as you might expect, hold many records in the animal world.

For instance, they have the largest teeth in the world. An Elephant’s tusks are actually modified incisors. They arise from the upper jaw and only 2/3s of them are visible because they are deeply embedded in the elephant’s skull.

The heaviest pair of tusks, and therefore the heaviest pair of teeth, of any extant (still living species) animal belonged to an African Elephant Loxodonta africana shot in 1897. One of the pair was slightly larger than the other but together they weighed 211kg or 465lb.

A single tusk from an unknown African Elephant weighed in at 117kg or 258lb Paris in 1900. This is the single largest tooth of a modern animal.

Prehistoric records also go to members of the elephant family.

The longest tusk ever found belonged to the extinct Palaeoloxodom antiquus germanicus, the Straight-tusked Elephant. On average this magnificent animal had tusks 5m or 16.5ft long. The heaviest tusks ever known belonged to the Colombian Mammoth Mammuthus columbi, these weighed 226kg or 498lb.

A single tusk from an unknown species that weighs 150kg or 330lb is preserved in a museum in Milan.

If the owner of this huge tooth had two, approximately the same size, their combined weight would have been around 300kg or 660lb – and thus far more than the Colombian Mammoth mentioned above.

Tusks and extinct animals aside, it is the African Elephant again who comes in as the winner in the largest teeth stakes. A bull African Elephant’s molars can be easily be more than a foot long and weigh 4kg or 10lb.

Indian elephants are lighter and shorter than their African cousins, however the African elephant is most easily recognized by their much larger ears.

Humans being what they are, it is a point of historic record that the longest known lived elephant – a female Indian Elephant called Modoc – was made to wear false ears when she starred in films set in Africa such as Daktari.

Given that other female Indian elephants have been known to give birth at the age of 60, it is quite possible that less scientifically rigorous claims for Indian elephants living to be more than 80 are true.

Elephants are large animals that live in complex social groups. They need a lot of room to live happily and easily consume 100 kg or 220 lbs of vegetation a day. This combined with their ivory has brought them into conflict with humanity.

The Indian elephant is relatively easily domesticated and there are historic records to show that elephants were used as beasts in agriculture and forestry in the Indus Valley civilisation that thrived 4,000 years ago.

The belief that the African elephant can’t be tamed is not true. Hannibal used African elephants in his famous battles against the Romans 2,000 years ago. In the modern world they are not used anywhere near as extensively as their Indian cousins, but they are used in some African countries – most notably in the Congo.

Elephants are relatively intelligent animals with good long-term memories. It is an unfortunate fact of life that in most – if not all – cases, keeping domestic elephants totally disrupts their social lives and they do not breed well in captivity. Therefore most captive elephants are collected as young elephants from the wild.

Hopefully one day our species will learn to be a little more considerate of the feelings of others and animals like elephants will suffer less but for now this is the way it is.

In Africa, elephants are most threatened by poachers – who in the 1980s were killing 100,000 a year. Elephants breed slowly, and take many years to reach maturity. In India the main threat is habitat destruction.

Well I hope you have enjoyed this brief collection of elephant facts… they are surely beautiful animals worthy of our deepest study.