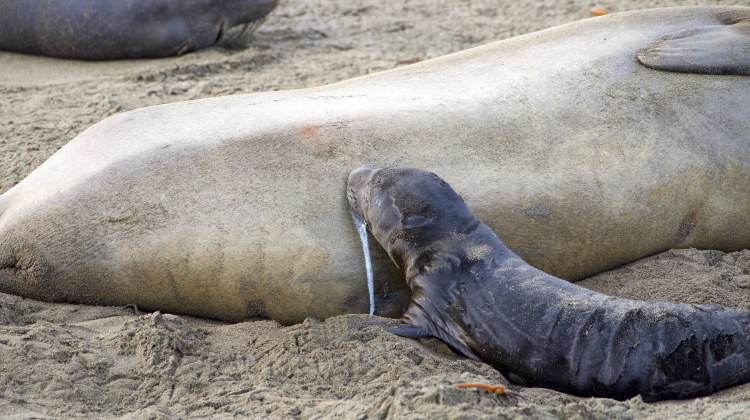 The Wonder of Mammalian Milk

Mammary glands, the source of milk, are unique to mammals…

As is milk itself, though pigeons produce something similar in their crops for their young.

Mammary glands are what give our class of animals their name. We are the mammals, or the mammary gland possessing animals.

Mammary glands are modified sweat glands and are not the same as the mamillae (nipples or teats) through which most young mammals obtain the milk secreted by the mammary glands.

In monotremes, the milk is secreted onto the surface of the skin like sweat and licked off the body hairs by the young.

In later mammals, the mammary glands became more complicated with the possession of special ducts which channel the milk into the teats. The number of teats varies from 2 in Primates and the Marsupial mole, to 19 in the Pale Bellied Oppossum.

Milk contains proteins, fats, carbohydrates, minerals and water. The proportion of the various constituents is highly variable between different species of mammals.

Note: all values are approximate.

Milk doesn’t just leak out whenever it wants, it generally requires a chemical and physical stimulus.

The physical release is normally the act of suckling. Sometimes kneading of the area containing the mammary glands is also required and you will often see young mammals (cats, dogs, sheep, pigs, cattle, etc) appearing to head butt their mothers while sucking on the nipple. Milk also contains antibacterial and antifungal agents.

The amount of protein in a mother’s milk controls how fast her young grow. While a young horse takes 60 days to double its weight after birth, a baby Harp seal doubles its weight in only 5 days after birth.

Well, I hope this has been an interesting insight into the wonders of milk!

Perhaps now you’d like to learn about the mammal orders.