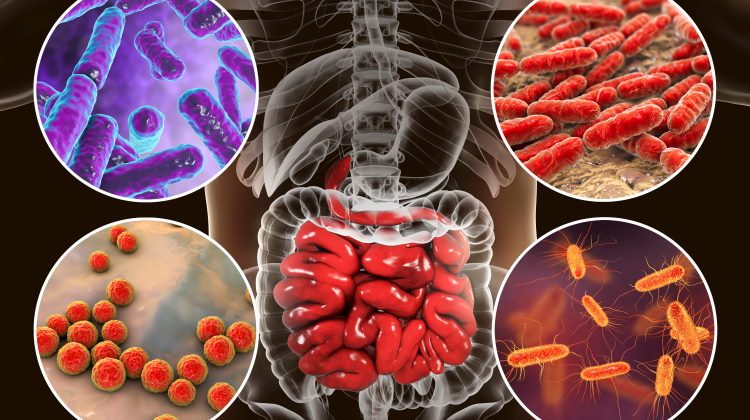 Bacterial Flora: The Human Body as a Bacterial Environment

Many people may think of bacteria only as the causative agents of disease.

However the disease causing species only represent a very small percentage of the total number of species of bacteria.

It will come as a surprise then, to realize that we as human beings live in harmony with millions of bacteria all the time. Most of these bacteria – which have been termed flora – live within us, harmlessly going about their short lives without causing us any problems at all. Some in fact, may even be beneficial.

A small percentage live on us rather than in us, but these are relatively small in numbers of individuals and number of species, compared with our internal flora – but they and their progeny will be there all our lives none the less.

The human body is in many places an ideal environment for bacteria.

It has a stable temperature and represents a large food resource. In our alimentary canal (mouth to anus), the food supply is constantly renewed, the moisture content is high and organisms that attack bacteria are relatively few.

It is not surprising then that tens of thousands of species, and trillions of individual bacteria are living in and on most of us most of the time.

The bacterial flora found in the human body can be divided conveniently into two groups – those that can be considered our normal flora and those which are invaders. The invaders are mostly disease causing bacteria.

The normal flora comprises by far the largest number of genera and species, but because they cause us no or little harm and may even be beneficial, they are less studied than the invasive species – which generally result in disease.

The table below lists the most important species and genera.

Note: one genus may be represented by different species in different parts of the body, or by more than one species in one part of the body. Three genera that demonstrate this well are Corynbacterium, Lactobacillus and Staphylococcus.