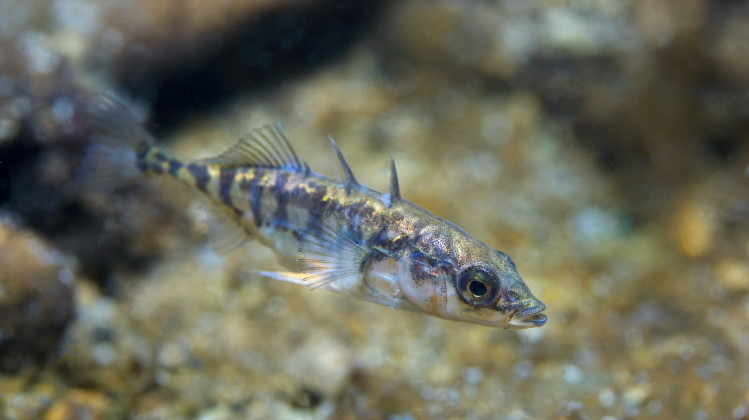 Intelligent fish is not an idea that comes easily to most people.

We have been brought up to consider fish as dumb, cold-blooded animals that are happy going around and around in circles… day after day.

Furthermore, fishermen have been telling us for years that fish cannot feel pain – and that therefore it does not matter how we treat them.

However, over the last few decades, a growing body of scientific research has shown that our old fashioned ideas are no more accurate than the childhood belief that the moon is made of cheese.

Over 500 research papers have now been published showing beyond doubt that fish have the ability to learn, to acquire social awareness and to suffer pain and psychological numbing as a result of a living in a sensorially deficient environment and in some cases use tools.

So throw away that silly little fish bowl, buy a larger tank and make it as interesting as possible. Rocks and plants are far better than plastic gimmicks.

OK, that said, let’s look a little more closely at the information that is now available.

By intelligent, we do not mean that fish are swimming around worrying about the true nature of the universe, the state of their collective soul, or even writing poetry. What it does mean is that fish respond to their environment in much more complex ways than we previously believed.

In a nutshell they learn, and they remember things (have memory) that they have learned for months, even years.

We think of birds as intelligent because – among other things – they build nests. But then so do many species of fish, nearly 30% of fish construct some sort of nest.

Most well known for this is the three-spined Stickleback (Gasterosteus aculeatus), but others build nests as well. Less well know is the fact that some species of fish go in for gardening – encouraging the growth of algae that they like, by pulling out those they don’t!

Amongst the things that are now known about fish intelligence are that:

Here are a few examples from research of the last decade I encourage you to read them, check out the references and make your own decisions.

Haddock (Melanogrammus aegelfinus) a currently over-fished and endangered species of the North Atlantic, has been found to learn how to avoid getting caught in the nets of trawlers.

While scientists remain unsure exactly how the learning actually takes place, they believe that experience of a net when the fish are young enough to pass through it helps them learn how to avoid the net in later life.

Fish have internal clocks as good as those of small mammals. The Cichlid Angelfish (Pterophyllum scalare) was able to learn to come to different parts of an otherwise bare tank at different times of day, in order to be fed.

Without any stimulus such as the sun, or tides it was able to repeatedly distinguish between morning and afternoon feeding sites.

Scientists sometimes divide information into public and private. Private comes from your own experiences and public comes from observing others.

It seems that Nine-spined Sticklebacks (Pungitius pungitius) not only make use of both sorts of information when foraging, but also distinguish between the two and adjust their usage of the two independently – on the basis of how reliable they are and/or on how old the information is.

Furthermore they prefer private information, if the two types are equally weighed.

Well, I hope this has been an interesting introduction to fish intelligence and memory!

For more information, and a much more comprehensive discussion of the whole concept of learning and intelligence in fish, the following two papers should be consulted:

Also, perhaps you’d like to check out our other article about what fish eat or read more about animal intelligence in general.