Bats, at least the ones that occur in North-western Europe, look a bit like mice with wings.

The old English name for a bat was ‘flittermouse’ or ‘fluttermouse’ – meaning flying mouse. This word derives from the German word for a bat which is ‘Fledermaus’.

Hence, Johan Straus’s famous opera ‘Die Fledermaus’ is really about bats. Or at least it should have one in it somewhere… but I can’t find it.

In England they also say that someone who is a little mad has “bats in the belfry”. On the other side of the world and a long time ago, the Aztec word for a bat was apparently ‘quimichpapalotl’ which means butterfly mouse.

Furthermore, in Greece in the middle-ages, there was a myth that bats arose from a mouse.

The myth states that a mouse came into a church and stole one of the wafers of the eucharist – and then decided to keep it rather than to eat it. Because of the mouse’s pious respect for the holy wafer, God gave it wings so that it would be able to find plenty of food in the future… and so it became a bat!

In Mexico, peasant farmers used to refer to bats as ‘ratones viejos’ meaning ‘old mice’. They believed mice grew wings as they got older and turned into bats.

The above is an anonymous rhyme recited by children in England prior to the 20th century to avert bad luck on seeing a bat.

In Western Europe, there was an unfounded superstition that if a bat should fall on a woman (who all had long hair in those days) the bat would become so entangled in her hair, that the hair would have to be cut to get it out.

In 1959, this superstition was still so believed that the Earl of Cranbrook took it upon himself to test the superstition’s veracity. Using four species of bats – and three brave female volunteers – he deliberately attempted to entangle the bats by thrusting them into the woman’s hair.

On all occasions the bats were able to escape without becoming entangled. So now you know the truth.

Our habit of sharing their ancestral living quarters would inevitably have brought bats to our attention from before the dawn of history. How these early humans viewed their small flying co-habiters we may never know.

But it should come as no surprise that bats figure in most ancient mythologies. 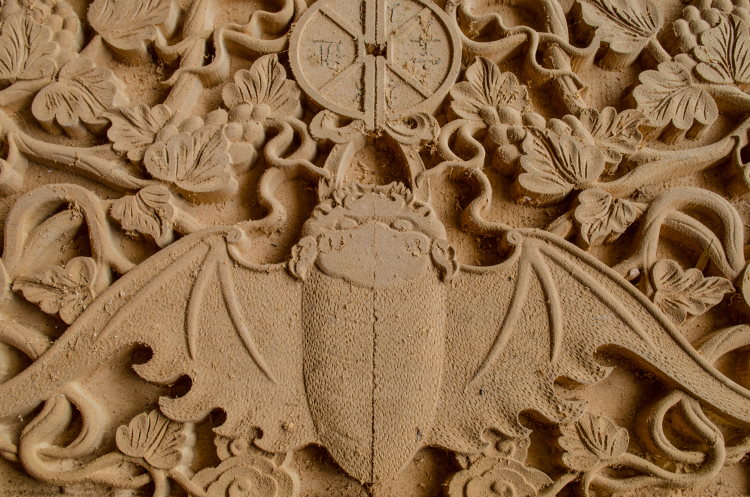 In both ancient Chinese and Persian mythologies, bats symbolized longevity and happiness. However in post Christian Europe, the bat’s habit of flying at night lead to it becoming associated with the devil.

Many paintings from western Europe in the middle ages depict the devil with bat wings. Later bats received even more bad publicity when they became associated with Count Dracula and vampires.

These deeply emotive images have probably contributed to the sinister image that bats still possess in many people’s minds – even though we now know they are beneficial members of the environment!

In Europe, a bat entering a house was a forewarning of a death in the house.

Whereas in China, it was a sign of good fortune. Strangely perhaps, given its poor press in Europe, carrying the dried and powdered heart of a bat in your front pocket was supposed to protect you from bleeding to death – and later to stop bullets.

Other strange beliefs in European folklore include:

In Shakespeare’s Macbeth (written 800 years ago) the witches brew a potion with:

“Eye of newt and toe of frog,
Wool of bat and tongue of dog.”

Much of the folklore about bats relate to their way of life. They fly at night and so do witches, hence in Western Europe witches and bats must associate together.

They also like caves. So in California, the Pomo Indians had a myth that that suggests bats could eat volcanic rock and then spew out ready made arrow-heads. 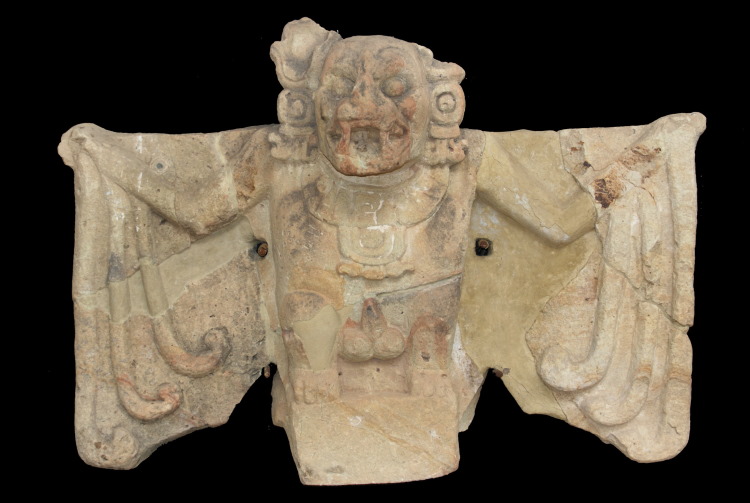 Ancient Mayan sculpture of a bat

Other mythological bats from the Americas include the Maya believing that the ‘House of the Bat’ was one of the areas that the soul had to pass through on its way to the land of Death.

The Thuni Indians believing that a bat foretold rain and the Tupinamba people have/had a belief that at the end of time, the world will be swallowed by a bat.

In Africa, bats were credited with a high intelligence. An idea that reflected their ability to fly around so quickly in the dark without hitting anything.

In shamanism therefore, the bat – as well as being a symbol of death and rebirth – is able to guide people through the dark times of their life.

Like all bats, the large fruit eating bats of the family Pteropidae must have been known to humanity since the dawn of time. However modern science, and hence western Europe, really only learned about them as we traveled out to the tropical world.

The genus Pteropus was first described by Brisson in 1762 from specimens collected on the Reunion Islands.

Aboriginal peoples however were describing them long before this.

In the sandstone caves of Northern Australia, Northern Territory and Queensland, there are numerous depictions of flying foxes – some dating back tens of thousands of years.

At the end of the story, Tjinimin hangs upside-down in a tree to admire the stars and decides never to try having sex with anyone again – whereupon his nose falls off. Which is why bats have such short faces, apparently.

Archaeological evidence suggests that before the coming of Europeans, Flying Foxes were not often used as food by the Australian Aboriginees. However more recently the habit has become much more common. This undoubtedly reflects the loss of other preferred game animals from the habitat.

Flying foxes eat fruit and this has inevitably brought them into conflict with humans, who grow fruit. Especially when the bat’s preferred natural resources have been logged out of existence and replanted as monoculture.

Flying Foxes – along with all other native bats – are now protected in Australia. However the path to protection has been a rocky one for the Flying Foxes. Prior to 1985, Flying Foxes were not protected in New South Wales – in fact they were regarded as vermin.

Between 1985 and 1994 they were removed from the protected fauna list in Queensland. Hundreds of thousands of bats were needlessly exterminated during the last two decades of the 20th century.

It is estimated that the current population of most Australian species of Pteropidae is less than 20% of what it was 100 years ago.

In other parts of the world, fruit bats were occasionally hunted in small numbers. But now increased access to habitats supplied by roads created by logging companies and modern equipment such as shot guns and fishing nets, has resulted in far larger numbers being killed. 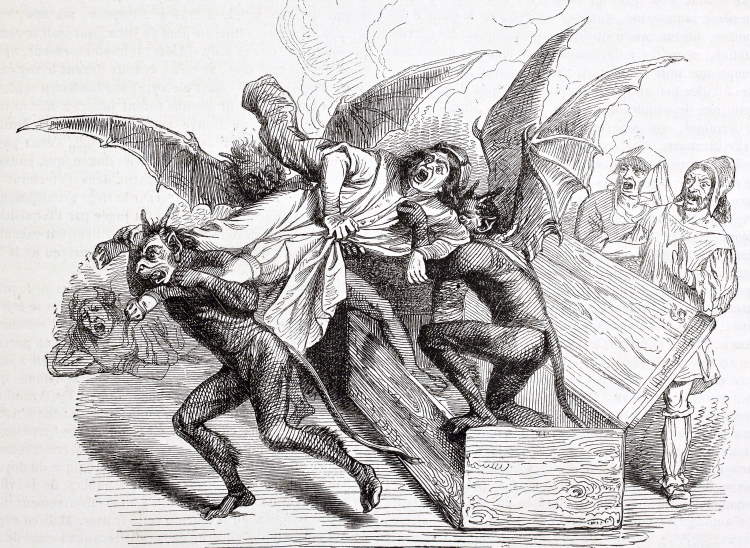 The complete extinction of Pteropus tokudae and the extinction of Pteropus mariannus on most inhabited islands, is a direct result of hunting and habitat destruction. Besides the above, hunting of fruit bats in the Indo-Pacific area is also supported by a market in Guam – artificially maintained by the higher per capita income on Guam than on the source islands.

Between 1981 and 1989 approximately 13,000 fruit bat bodies were imported into Guam for human consumption every year.

Fruitbats are not the only bats to be eaten in the Indo-Pacific region. The Microchiroptera Cheiromeles torquatus is eaten in Borneo and Tadarida sp. are eaten in Laos. Both to such an extent that the hunting of them has become a major concern to environmentalists.

In South America, the Vampire bat (Desmodus rotundus) is persecuted because it transmits the Rabies virus to the livestock it feeds off. This persecution has been quite intense and has had negative effects on the whole environment.

For instance 40,000 caves have been dynamited in Venezuela. Obviously D. rotundus was not the only animal – or even the only bat – to use these now destroyed habitats.

Bats In The Bible

Bats are mentioned three times in the old testament.

I found no reference to bats in the Koran.

In languages other than English of course a bat is not called a bat. Here are some of the other names that people have given bats.

Remember – despite all the myths and superstitions – bats are big-hearted animals… so love them.

Perhaps now you’d like to learn a bit about the bat skeleton.