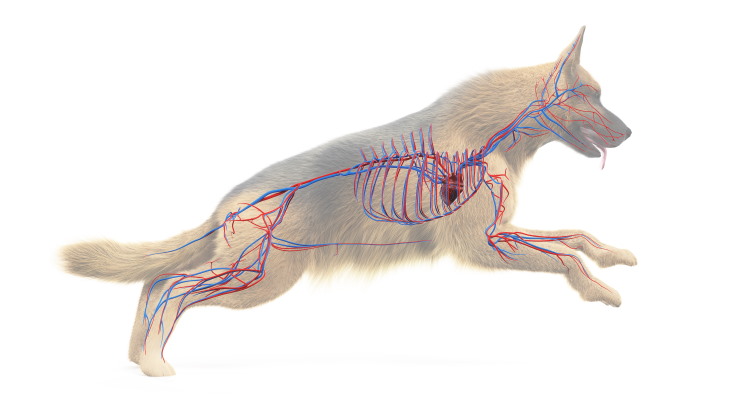 Blood is the life giving river that flows within us all.

Endlessly – day in, day out – blood is flowing around the veins and arteries of all living vertebrates. In the same way that rivers nurture and cleanse the land, so our blood feeds, fuels and cleanses our bodies.

Blood is basically a fluid called plasma, a relatively clear liquid which contains dissolved nutrients and waste products in ever changing amounts. Mammal blood is red though not clear. This is because besides the dissolved constituents also contains a variety of cells, i.e. red cells, white cells and platelets.

In all mammals the average ratios of the different components of blood vary between different groups. In mankind, blood is about 45% cells and 55% plasma.

Red blood cells are the main everyday workers of blood. They are called erythrocytes and they are responsible for carrying oxygen from the lungs to the cells of the body; and carbon dioxide back to the lungs where it can be exhaled.

Red blood cells are able to do this because they contain a pigment called haemoglobin.

There are about 4,500,000 red blood cells in every cubic millimetre of a man’s blood. For some reason females normally have slightly less.

In humans, blood occurs in four main different groups resulting from the presence or absence of 2 different antigens (a type of protein) on the surface of red blood cells and the corresponding antibodies (also proteins) dissolved in the plasma.

Another important antigen on red blood cells is the rhesus antigen. If you have this then you are rhesus positive, if not then you are rhesus negative. Thus most people have their blood groups described as O- (that’s me) or A+, etc. Finally, erythrocytes are very unusual cells in that they do not have a nucleus.

White blood cells are part of the body’s defence against foreign invaders (bacteria etc.) which can harm the system.

There are at least 3 different types of lymphocytes and two types of leucocytes. They work in different ways and against different invaders. Some are like amoebae and engulf unwanted bodies whole. Others act like a pack of wolves – surrounding, sticking to and smothering any foreign body.

Platelets are minute colourless cells. They are also produced in the bone marrow. Platelets play a role in blood clotting in wounds, and are designed to prevent excessive blood loss from small wounds.

Though Red blood cells (erythrocytes) are the main vehicle for carrying oxygen away from the lungs, they are not the main method of carrying carbon dioxide back to the lungs. In fact, 85% of the carbon dioxide is carried as dissolved sodium bicarbonate in the plasma.

Blood travels around the body in special vessels or tubes called arteries and veins which branchiate (divide like the branches of a tree) and become smaller as they get further away from the heart.

Arteries have thicker, stronger walls than veins which helps them to withstand the pressures generated by the pumping heart. Arteries therefore carry the blood away from the heart and to the various parts of the body, while veins carry blood from the body back to the heart.

Normally, this means that the blood in the arteries is well oxygenated and therefore red. While blood in veins is deoxygenated (high in carbon dioxide) and more bluish.

This gives rise to the terms arterial and venous blood for oxygenated and deoxygenated blood.

There are exceptions to most rules, however.

Because the blood is leaving the heart, it is pumped through arteries. But because it has already been around the body, it is blue deoxygenated blood. Also, the blood coming back to the heart from the lungs is red oxygenated blood, ready to go out to the body organs – but it is travelling in veins.

So blood travels its endless figure of 8 journey around our bodies: Heart – body – heart – lungs – heart – body – etc. Everyday your system works like this, without rest, holidays or complaints.

It is the heart that drives this endless torrent of life that surges beneath our skin.

The mammal heart does an incredible amount of work. In a resting human being, as your blood leaves it is travelling at bout 1 mph or 450 mm per second.

As it moves into ever smaller arteries, it becomes slower and slower until in the finest capillaries it is travelling at only 0.5 mm per second – slow enough for oxygen molecules to get off and carbon dioxide to get on board the red corpuscles.

Then, in returning to the heart it picks up speed again as it enters the larger veins. Its top speed on the return journey is about half that it started out with. At this rate it takes less than a minute for you blood to travel right around your body and back to your heart again.

About one thirteenth or 7.5 percent of your body weight is blood. A 13 stone man has about 14 pounds or 4 litres of blood surging around his body. When the body is resting, the adult human heart pumps out about 4 litres of blood per minute (this rises to 27 litres per minute under vigorous exercise).

This adds up to a grand total of more than 32 million litres of blood pumped in a seventy year life. In comparison a rat’s heart pumps less than 0.05 litres per minute, a rabbit 0.5 litres and a horse about 20 litres – all these are resting rates.

The heart of a galloping horse will pump about 53 litres per minute. Though I have no data on how much blood the heart of a great whale pumps. It must be a huge amount, as the aorta is 30cm or 1 foot thick as it leaves the heart.

The mammal heart has two sides and two chambers (an auricle and a ventricle) in each side.

From here it returns to the left auricle and hence the cycle begins again, and again, on and on …

Mammal heart rates varies, generally in proportion to size. Thus smaller mammals tend to have higher heart beat rates than larger ones. This applies to other animals as well and the range is quite considerable (see table below).

Harp seals, which have a resting heart rate of 83 bpm, reduce this to 2.06 on the way down. Then it rises to around 10 whilst swimming around and on the way up. Then after the first breath of fresh air on returning to the surface, it leaps to about 150 bpm for a short while.

Hibernating mammals also have greatly reduced Europeantes. Thus a European Hedgehog has a normal heart rate of between 200 and 280 bpm, this decreases to 147 bpm while it is asleep – but drops even further to around 5 bpm while it is hibernating.

Bats (see chiroptera) also reduce their heart rates when in torpor during winter in temperate climates. Thus the heart beat rate of a medium sized bat can go from 700bpm at rest, to 1000 when flying, to 25 while overwintering.

Well, I hope this has been an interesting look at the basic mammal circulatory system.