Home
prokaryotes
Archaea: 27 Characteristics Of These Most Ancient Organisms
Help us spread the word...
TwitterFacebookPinterest

Though ancient creatures, they are a relatively recent discovery.

Modern science only learned about them in 1977, when they were discovered by Carl Woese and George Fox.

The Archaea are a diverse and fascinating group of micro-organisms and the Korarchaeota (one of the group’s main divisions) may contain the most ancient of living things – and therefore may be the closest thing we have to our original ‘ancestral organism’.

Being prokaryotes, they have no membrane-bound organelles within their cells, as you and I do.

This means no nucleus, no mitochondria, no chloroplasts, etc.

Their DNA is normally a single molecule, circular in shape. Whereas our DNA comes in linear form, in several or many molecules.

Their ribosomes are of the 70S type (ours are of the 80S type – except in mitochondria) and chloroplasts and plasmids are relatively common. Lastly, they have no microtubule cytoskeleton.

The Archaea have a diverse variety of shapes and exist not only as rods and dots (cocci), like bacteria – but also as triangles, discs, plates and cup-shapes.

The Difference Between Archaea and Bacteria

If you’re a biology student, you may well be wondering about the difference between Archaea and Bacteria!

Biochemically they are nearly as different from Bacteria as they are from Eukaryotes – which is why they are in a Kingdom of their own.

Scientists believe that all three groups of living things, Bacteria, Archaea and Eukaryota all arose separately from some unknown ancestor.

Of 27 distinguishing characteristics (listed in Brock and Madigan 2000):

One of these characteristics is the possession of Plasmids, which is common in both Bacteria and Archaea, but very rare in Eukaryotes.

Archaea differ from bacteria in that they have histone proteins associated with their DNA as we do.

Like us, they have no muramic acid in their cell walls and they use methionine as their initiator tRNA, whereas bacteria use Formylmethionine. Also like us, their ribosomes are sensitive to diphtheria toxin. Those in bacteria are not.

They are insensitive to chloramphenicol, streptomycin and kanamycin. Whereas most bacteria are sensitive to these substances.

Also – like bacteria – some of them are capable of growth at temperatures above 80 Celsius. 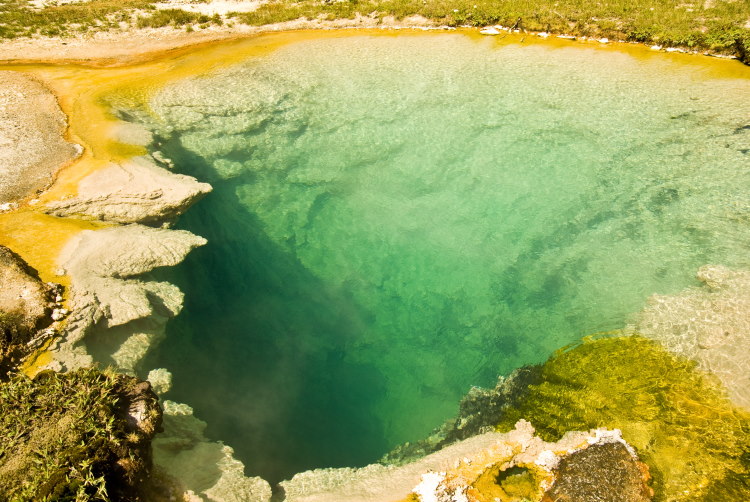 No eukaryotes (us, plants, etc.) are capable of this.

They differ from both bacteria and eukaryotes in that their membrane lipids are ether-linked not ester-linked and in that they are capable of methanogenesis.

Far fewer Archaea are known to science than Bacteria. In fact only, 209 species were listed in 1999.

But now that more people are aware of (and looking for) them, many more species are sure to be found.

Most Archaea are anaerobic (living in the absence of Oxygen) and many live in uncommon and extreme environments, i.e. hot springs, Arctic ice floes, highly saline waters and highly acidic or alkaline soils.

Many of the world record holders for extreme environments are Archaea. 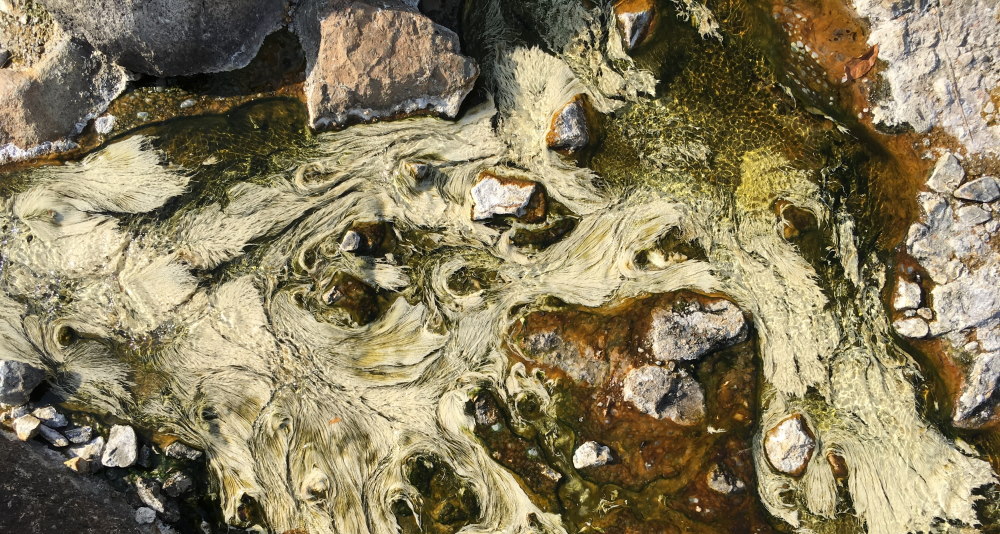 Nearly half of the known Archaea are Methanogenic, meaning that they give off methane as a by-product of their metabolic activity.

Though many Archaea (singular Archaeon) live in environments which are hazardous to most other organisms, some live much closer to us.

Species of Archaea have in fact been found in animal – including in human – digestive tracts!

Well, I hope this has given you some insight into the question of archaea vs. bacteria.

The 209 species of Archaea are divided into 63 genera, of which 24 are monotypic – meaning that there is only one species in the genus.

The Archaea are divided into 3 main groups called Euryarchaeota, Crenarchaeota and Korarchaeota.

Note: The higher classification of the Archaea – as in many other taxa – is in dispute and the above groups may be called Kingdoms, Sections or Phyla depending on the source used.

Here I have included some descriptions of the ecological variety of the main types of Archaea.

Follow the links to see more details about the individual characteristics of each type: