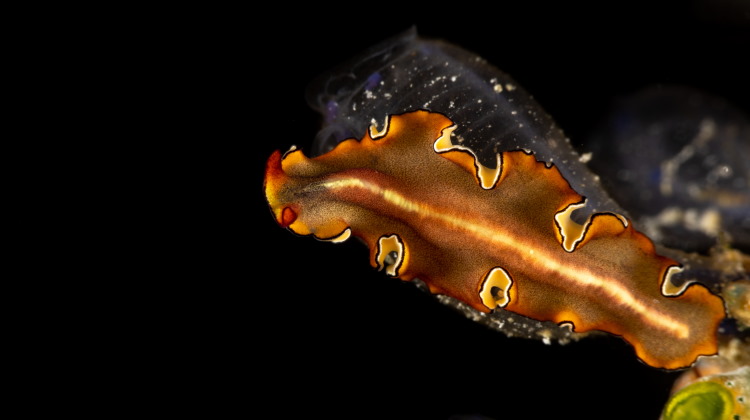 Etymology:- From the Greek platy for flat and helminthes for worms (Hence Flat Worms)

Platyhelminthes are an ancient phylum, but practically nothing is known of their evolutionary history because they have very soft bodies which do not preserve well as fossils.

Scientists believe that the first turbellarians evolved around 550 MYA (million years ago).

Platyhelminthes are mostly worm-like creatures that are dorsoventrally flattened, meaning they look like a ribbon. This is why they are called names such as Tapeworm, Flatworm, Fluke and Planarian.

The Platyhelminthes are a successful phylum with around 25,000 known species divided into four classes. Most Platyhelminthes are parasites on other animals, only the Turbellarians are mostly non-parasitic. A few species are commensalists living in harmony – or mutual benefit – with another, normally larger organism.

Platyhelminthes live nearly everywhere: on land, in both fresh and marine waters as well as inside other animals.

Most of the free living species are marine, with only a small number inhabiting fresh water and very few being terrestrial. Parasitic species normally move between different habitats as they change life cycle stages and hosts. A number of parasitic species are of importance to mankind because they infect either our bodies or the bodies of our livestock.

A few species of flatworm can be fatal to humans if not treated, but nearly all species can be treated with modern medicines.

Schistosomiasis (Bilharzia) is the most important platyhelminth disease of humans, causing much suffering and some death. Over 200 million people are infected with the causative agent in tropical countries.

While they remain fairly morphologically simple, the Platyhelminthes show several advances in body structure over the simple radial phyla that came before them. They have a definite congregation of of sensory organs (a few have light sensing organs) and nervous tissues at one end of their body, giving them a distinct head and tail.

They also have distinct upper and lower (dorsal and ventral) body surfaces. They have a number of organs – and even the beginnings of organ systems – and a more distinct 3rd layer of cells in their body plan.

The evolution of this connective tissue, called parenchyma (the cells of which serve as storage reservoirs as well as protecting the internal organs) is a major step forward toward the more complex body plans of higher animals, such as humans.

Flatworm however still have no anus, instead they have only a blind ending gut, or no gut at all. Those species with a gut must therefore excrete their digestive waste products through their mouths.

The higher classification of the Platyhelminthes, is (as with so many other groups) in a state of confusion!

There is little consensus of opinion among the experts. The scheme I have used here will suffice to break the phylum into smaller, more manageable groups and will be satisfactory for teaching at secondary levels, providing some mention is made of the inherent disharmony in expert opinion.

However if you are considering research work, or writing as an undergraduate, you should seek out and read the latest scientific papers.

There is a general consensus concerning the classes Turbellaria and Cestoda, however the Monogenea, Digenea and the Aspidobothrians are somewhat confusing.

You will find them all included in the Class Trematoda, and all given class status in their own right, and in schemes (like that which I have used here) that are a mixture of these two extremes.

The phylum Platyhelminthes is comprised of four classes: