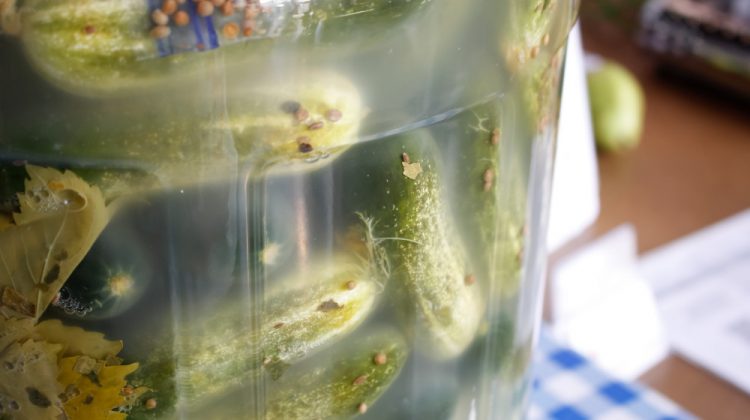 How Are Bacteria Helpful To Humans?

Unknown to many people, bacteria play an important role in many aspects of daily life.

They are helpful in mining, medicine, food culture, plastic synthesis and sewage control.

The overall commercial worth of bacteria in these operations is immense. It is also fascinating to see how much of a hidden – but extreme beneficial – effect bacteria have on our lives.

Bacteria are helpful to us in the production of complex organic molecules that are used, in small amounts, as part of our normal process of living.

These include antibiotics, vitamins, amino acids and enzymes.

By manipulating the genes of the bacteria and ensuring they have ideal living conditions, scientists can make the bacteria concentrate almost exclusively on producing just one chemical.

So, let’s dive in and take a look through all these ways bacteria is helpful to us.

Commercially, antibiotics are the most important of these substances produced by bacteria.

These substances are called, by the way, secondary metabolites.

An antibiotic is a substance that suppresses the growth of micro-organisms such as bacteria and fungi. They are actually produced by some bacteria in order to prevent other bacteria from growing near them and using up their food.

Over 8,000 antibiotics are known to science, but we are always looking for more… and currently about 200-300 are discovered each year.

Antibiotics are used to treat diseases caused by bacteria, or to prevent these diseases from occurring in the first place.

The following list gives the most important antibiotics produced by bacteria.

Note: Penicillin is not on the list because it is produced by a fungus called Penicillum chrysogenum.

The vitamin industry is huge and commercially it is worth more than 31 billion USD per year!

Most of these vitamins can now be synthesized chemically in vats. Some, however, are too complicated to be produced in this way and are made biochemically.

The most important of these is vitamin B12.

Vitamin B12 is essential for normal living in all animals and a deficiency of it causes a disease called pernicious anaemia.

Commercially, vitamin B12 is produced by several beneficial bacteria, the most important of which is Pseudomonas denitrificans. Other important producers are species of the genus Propionibacterium.

The other important vitamin made commercially by micro-organisms is Riboflavin.

Most riboflavin is produced by a fungus called Ashbya gossifyii. However, helpful bacteria are used to produce some as well.

Amino Acids are used in medicine to treat dietary deficiencies… and in the food industry as antioxidants, sweeteners and flavour enhancers.

Amino acids come in two forms, one of which is the 3D mirror image of the other.

They are called the D and L isomers of a particular amino acid. Living things use only the L isomer amino acids. Unfortunately, chemical methods of production produce 50% D and 50% L isomers, so half of what is produced is of no use to anybody.

Bacteria, however (being living things) produce only the L form. This is one of the reasons that they are so useful in this industry.

Lysine, another essential amino acid for humans, is also produced from beneficial bacteria.

It is used as a food additive to enhance its nutritional value. Lysine is produced by Brevibacterium flavum, whilst glutamic acid is produced by Corynebacterium glutamicum.

Millions of metric tonnes of amino acids are produced commercially each year!

The table below lists a few with their uses.

Enzymes allow bacteria to make all the other useful molecules described in this article.

Of course, most of what you and I are made of was built by enzymes as well, so I’d say they are pretty beneficial biologically! Usually each enzyme has its own task, which it does over and over and over again – until it wears out. Such are the building blocks of life!

As well as building things up, enzymes can also break large molecules and groups of molecules down.

For example, the food we eat – into smaller more easily used parts.

Many beneficial bacteria produce enzymes, which they secrete into the world around them.

These enzymes breakdown their target molecules outside of the bacterial cell, which can then be absorbed by them. See How Bacteria Eat.

This is useful for people who want to manufacture enzymes.

Modern technology makes use of enzymes in many ways… you may even know of some already.

While glucose isomerase is used in soft drink manufacture and cellulases are used in genetic research and forensic science.

Plastic is everywhere in our modern society!

It is ideal for producing a variety of products… such as containers for liquids, machinery, plates, tables and cups, etc.

However, plastic is a nuisance when it is no longer useful and is left lying around the countryside.

Plastic is still a problem, even if it is buried in a landfill. The reason is that it’s not biodegradable. In other words, it can’t be rotted away by bacteria and fungi, as is nature’s normal method of recycling the materials.

Chemically produced plastics are made of multiple units of molecules such as Polypropylene, Polyethylene and Polystyrene – which most bacteria and fungi cannot digest or breakdown.

This means they are non-biodegradable, and so they last for years once abandoned. An ecological waste and often an eyesore.

Plastics do not have to be a problem like this though, science has developed an answer!

These molecules make a polymer, just like ordinary plastic – but having the essential difference that once left out in the compost, or in a landfill, they can be broken down by bacteria and fungi to become part of the cycle of life again.

The picture (left) is a shampoo bottle sold in Europe. It is made of microbial plastic.

The bacterium which does all the work is Alcaligenes eutrophas.

The bacterium Thiobacillus ferrooxidans is the important organism here.

It works by catalysing the oxidation of metal sulphides, particularly copper sulphate – so that they are soluble in water. I.e.,

This allows the copper to be leached out of the rock. The copper is then precipitated (brought out of the solution) as a solid by passing it over iron.

Copper sulphate will oxidise naturally in the presence of air in an acid environment, but only slowly. The presence of T. ferrooxidans speeds up the process by over 100x!

This allows miners to extract metal from low grade ores in a relatively ecologically friendly way.

T. ferrooxidans is also used in the organic leaching of gold and uranium, with the help of other bacteria such as T. thiooxidans and Leptospirillum ferrooxidans.

The mining of gold like this, in small enclosed environmentally friendly digesters is becoming increasingly more popular.

Vinegar is a common substance, used in pickles and other food stuffs.

Its technical name is Acetic acid. It’s a small molecule made from Ethanol (the alcohol in booze) by a number of species of bacteria.

The bacteria actually make acetaldehyde from the alcohol first, so the reaction looks like this:

CH3CH2OH to CH3CHO to CH3COOH

The bacteria involved are called acetic acid bacteria. These are two of the most helpful and beneficial bacteria that you will come across in day to day life. The two most important genera are Acetobacter and Gluconobacter.

Pure acetic acid can easily be made chemically, but vinegar made from wine with these bacteria has a unique flavor – resulting from other molecules present in the original wine.

Vinegar is therefore made by bacteria rather than in chemical vats.

As you can see, there are many and varied ways bacteria is helpful to humans!

In fact, it would not be a lie to say that without bacteria… the human species couldn’t survive.