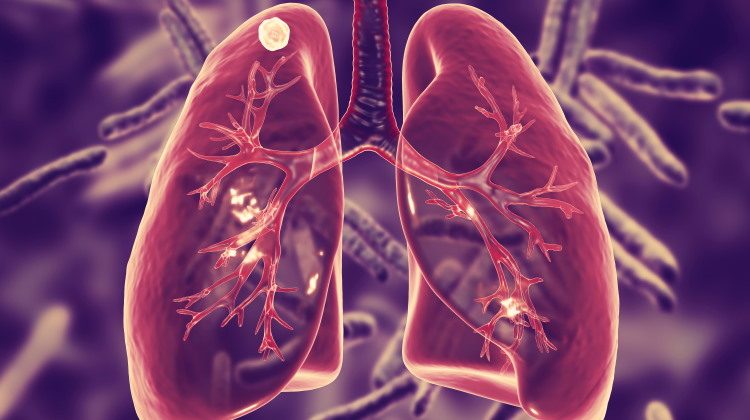 How Does Bacteria Cause Disease? (and which are the culprits)

Bacteria cause disease. We all know this. But how?

Most of these bacteria, like those listed, below make their presence felt immediately and may or may not result in death.

Some people though, can be infected with a bacterium – that normally causes a disease – and not show any harmful effects at all. People like this are called carriers.

A sad example of this was Typhoid Mary who was identified as a carrier for typhoid fever in 1906.

Some bacteria attack us in a manner that is not immediately painful, in fact the pain may not be apparent for years.

The primary example of this is tooth decay. Tooth decay is caused by dental plaque, which is a build up of 4 main species of bacteria on the teeth around the gums: Streptococcus sanguis, S. sobrinus, S. mitis and S. mutans.

In later stages, this plaque can also involve species of Fusobacterium, Borrelia and Actinomycetes.

Tooth decay results from the corrosive action of organic acids released by the bacteria, as they metabolise sugars in your food as part of their normal life.

So… all this being said, let’s take a deeper look at exactly how bacteria causes disease.

During the 1990s, Tuberculosis was the single greatest cause of death in humans by a bacterium.

The World Health Organization estimates that nearly 3,000,000 people each year die from tuberculosis. Respiratory and Diarrhoeal diseases cause a similar amount – or even more – deaths but only some of these are caused by bacteria (others being caused by viruses, protozoa and fungi).

Apart from these diseases, AIDS, malaria and the various forms of Hepatitis all kill between 1 and 3 million people each year – but none of these are caused by bacteria either so I will say no more about them here.

As scientific research and WHO immunization programs continue, some of these diseases are being brought under control and the toll on human life is decreasing.

Environmental disasters such as flood, drought and earthquakes increase the death toll from disease by making people more vulnerable through shock, weakness and reduced sanitation.

War, for similar reasons, increases the incidence of disease.

All in all, during the year 2000, bacterial diseases will probably have killed 5 million people – which accounts for only 10% of the 52 million human deaths occurring on average every year.

This is a huge number of our fellow human beings dying.

However, it is trivial compared with the number of people who will suffer some form of illness or other caused by bacteria – though they are not killed by it.

How Do Bacteria Cause Disease?

The first thing the bacterium has to do is enter your system.

We come into contact with millions of bacteria every day. They are in the air we breathe, in (and on) the food we eat and on the surfaces of most things we touch.

Apart from our normal flora, bacteria that come into contact with us have to pass our various defense mechanisms, our dry skin and our acid stomach.

Physical actions such as the movement of matter through our alimentary canal, brushing our teeth and washing all help to make life difficult for bacteria.

Those bacteria which do colonise our system, generally do so by breaking through the mucus barrier that lines most of our alimentary canal (mouth to anus). Or by entering through damaged tissue, i.e., wounds and bites, etc.

Once a bacterium has entered the system, it is free to grow and spread. Nearly all infectious diseases start out as small localized infections and will only spread through the system if the bacteria gain access to the blood stream.

Infection simply means the bacterial or other agent entering the system.

It does not equate with disease or damage. You can be infected by an organism that never makes you ill.

An infectious agent is simply an organism that is capable of getting past your defenses and then living/growing inside or you. Bacteria rarely, if ever, cause disease merely by being present. Even the virulence factors they produce to help them invade the body often do little real harm.

Virulence factors are normally enzymes. Their role is to make it easier for the bacterium to invade your body.

A good example is ‘hyaluronidase’, an enzyme secreted by a number of bacteria that breaks down hyaluronic acid – a sort of organic cement that holds the different tissues of your body together.

By destroying this cement, bacteria can make a passage for themselves through your tissues.

The Role of Toxins

The pathogenicity of invasive bacteria, or their ability to cause disease, is generally the result of toxins.

Substances produced by the bacterial cell – sometimes simply as a by-product of its normal metabolism – which interact negatively with our body, by interfering with the normal functioning.

This is often done by simply damaging the specific cells, blocking the transmission of some sort of internal signals or by overstimulating some sorts of cells so they malfunction.

The ecological reasons for the production of these toxins is not always understood. Also, because of the vagaries of bacterial genetic reproduction, otherwise harmless species can acquire a gene which causes them to secrete a toxin – thus making them a pathogenic strain of a normally harmless species.

A good example of this is Escherichia coli, which lives harmlessly in most people’s intestines but which occasionally makes us sick.

Toxins that are leaked or secreted out of the bacteria cell and into its host (you and me) are called Exotoxins.

An Exotoxin that is secreted in the intestines is called an Enterotoxin.

A-B toxins are two or more molecules working as a team. The A molecule binds to a cell wall, where it forms a channel to allow molecule B access to the cell. Superantigen toxins work by overstimulating the body’s immune response system.

Cholera toxin works by disrupting the ionic balance of cells’ membranes, which results in the cells of the small intestine secreting large amounts of water into the intestine.

Endotoxins are generally much less pathogenic than Exotoxins and rarely cause death.

Many fevers are caused by endotoxins whereas exotoxins never produce a fever.

Clostridium botulinum produces toxins which are among the most poisonous or toxic substances known.

One milligram of pure Botulinum toxin is enough to kill 1 million guinea pigs.

The below list of the different diseases caused by bacteria also includes who discovered the connection and when.

Note that we also have a phylum by phylum list of bacteria if you’d like to go exploring.

Well, we hope you now have a good idea about how bacterium cause disease and which ones do it!

Perhaps you’re now more in the mood to learn a little something about helpful bacteria?