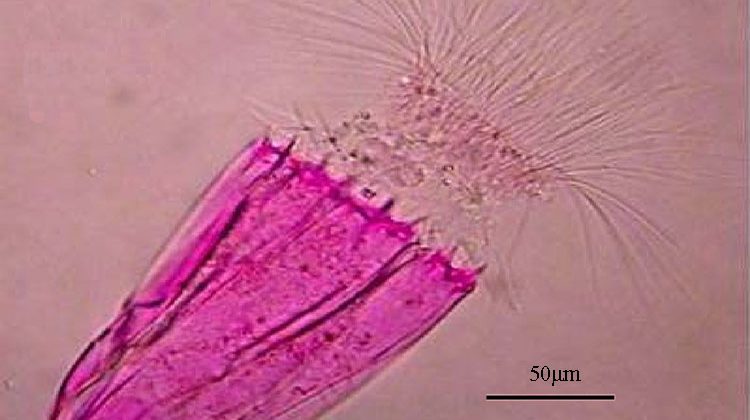 Etymology of Cephalorhyncha: From the Greek Kephalos for head and Rhynchos (snout or beak)

There are 237 species of Cephalorhyncha known to science (COL).

The Cephaloryncha is a relatively new phylum created to include three older phyla; Kinorhyncha, Loricifera and Priapulida. Most Cephalorhyncans are very small, less than one millimeter long so you are unlikely to meet one in the wild.  They are all marine and mostly live in and on the soft sediment, or small particle gravel of the sea/ocean floor.  All of the Cephalorhyncha have a spiny proboscis which can be retracted into, and held inside, the head.  This proboscis is everted unfolded (pushed/rolled out) so that the spines on it can be used to gather food.

The Cephalorhyncha are considered to be an ancient lineage, because, while there are no fossil Kinorhycha nor Loricifera, there are many fossil Priapulids in the Burgess Shale, indicating that they were alive around 545 to 525 million years ago.   Taxonomically the Cephalorhyncha are a sister group to the Arthropods and the Annelids.

For more detailed information on the three classes of the Cephalorhyncha follow the links below.