Home
prokaryotes
Facts About Bacteria: The Smallest, Coolest & Fastest On The Planet
Help us spread the word...
TwitterFacebookPinterest

Bacteria really are found everywhere, from the tops of the highest mountains to the bottom of the deepest oceans.

In fact, some bacteria live way below the earth’s surface…

With many species inhabiting coal measures and subterranean aquifers!

But that’s only the beginning, so let’s take a look at some strange (but fun) facts about bacteria and what they get up to.

The record for underground living goes to a species of chemolithotrophic bacteria found in Basalt deposits 1500m (4700ft) underground in solid rock.

This really is solid rock, scientists only learned about these bacteria when drilling for oil.

PinChecking drill cores brought up from these depths for signs of oil and found living bacteria.

The air is full of bacteria.

This is not surprising. When you realise that they are so small you cannot see them with your naked eye, it is not hard to accept that they should get blown around easily.

However it is not just surface bacteria getting caught up in the breeze.

Recent discoveries have shown that some bacteria spend their whole lives in the atmosphere, growing and reproducing in the clouds above our heads. 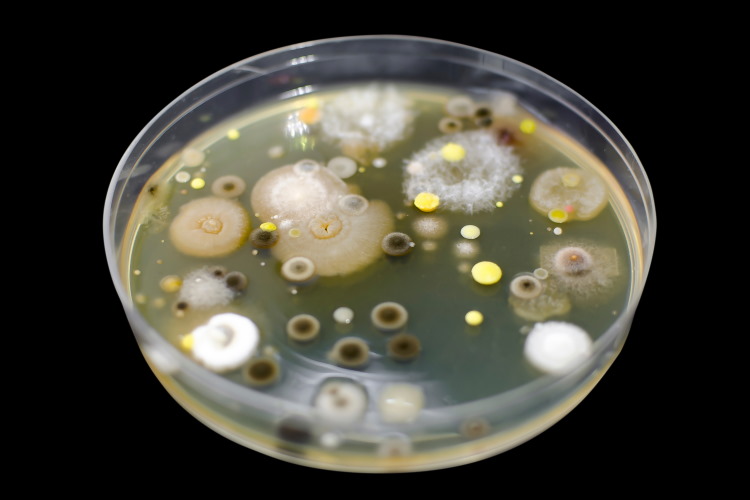 Bacteria are not as common in the extreme cold, but they are there.

Scientists know of bacterial species that live their entire lives in the ice of glaciers and other bacteria have often found in the snows of the North and South poles.

Until recently scientists had thought bacteria found in these latitudes were just blown there by the winds, but in 2000AD they proved some of these species are different to any others and live at the North pole all year round – where the temperature varies between -17 and -85 degrees C.

Hot springs occur all around the world and wherever they do, Bacteria have learned to live in them.

Some species are happy at 75 C, while others think even this is cool. Species of Aquifex can live in water as hot as 95 C, this is just 5 degrees away from the boiling temperature of water.

This is not the world record though, that belongs to a species of Archaea which is happy to grow in water around deep sea hydrothermal vents, at temperatures as high as 106 C.

(at these great depths, several miles down, the pressure stops the water from boiling and keeps it liquid).

How’s that for a fact about bacteria!

Pin Anyone who has dived down into the water and felt their ears pop knows the pressure that water exerts increases the deeper you go.

Humans cannot go more than a few tens of metres down without protecting their ears.

And going as far as several hundred metres starts to cause potentially lethal problems, even for experienced divers.

The oceans however are not hundreds, but thousands of metres deep and the pressure increases by the equivalent of 1 atmosphere every ten metres down. 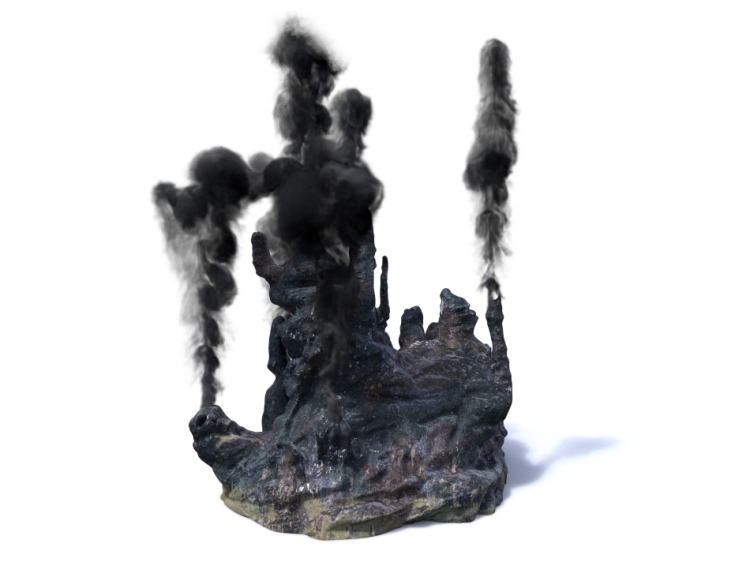 Thus bacteria which live at depths greater than 10,000 metres must be able to survive pressures in excess of 1,000 times the air pressure at sea level!

These bacteria are called ‘Extreme Barophiles’.

Species that thrive at these depths are so biologically different from sea level bacteria, that they cannot function properly at pressures less than 400 atmospheres and die in a couple of hours if brought to the surface.

How Small Did You Say?

Pin Bacteria are small, on average most species of bacteria have diameters of 0.5 to 2.0 microns.

Though diameter gives you a good indication of the size of a spherical (cocci) bacterium – you need to know its length as well, if it’s a rod shaped (cylindrical) bacterium.

The smallest bacterium have sizes down to 0.1 – 0.2 microns.

Looking at it the other way, there is a giant bacterium found in Sturgeon fish.

Pin Some bacteria can move.

Several can glide across a surface. And some aquatic species can control their buoyancy (and thus their depth) in the water, through internal gas vesicles (bubbles).

Most bacteria however move by means of one or more flagella (singular flagellum).

A bacteria that possesses one or more flagella is termed ‘flagellated’. There are 3 main different styles of flagellation.

If the bacterium has just one or two flagella placed at either one, or both, ends of its cell (this applies to rod and spirochaetic bacteria) it is said to have Polar Flagellation.

The flagella are not straight, but are twisted in a sort of wave shape. The distance between each wave crest or trough is fixed for a species and is often important in identification

Bacteria move not by flexing their flagella, the way a fish flexes its tail and fins, but by rotating them like a propeller.

This can enable them to obtain speeds as high as 0.00017 kilometres per hour!

This may not seem very fast, but to put it into perspective: remember that we are talking about very small organisms.

Looked at another way, they are travelling at about 50-60 body lengths per second.

This would be the equivalent of a 6 foot tall man running at 100 metres per second… 9 times faster than the world record!

Cheetahs, are the fastest animals on land but even they only move at about 25 body lengths per second.

Bacteria do not only live in extreme environments, but (like us) they are found in their greatest numbers where the living is easy.

Cozy for bacteria means where it is warm and moist, with plenty of easily obtainable nutrients. Anywhere that dead and decaying matter is present is a good home for bacteria.

So also is anything living. Bacteria live both on and in animals and plants.

Every human being has particular bacterial flora that inhabit every surface of our bodies, on our skin, in our mouths, our stomachs and intestines etc. even in and around our genitalia.

Bacteria are a major component of the unseen world of ‘Micro-organisms’.

So in fact bacteria play a decisive role in the maintenance of life on this planet. This life is not a static process, instead it is a series of dynamic fluxes or flows.

What is soil, becomes grass, becomes a cow, becomes you and me and then becomes soil again.

Bacteria and other micro-organisms are essentially important in the cycling of nutrients and energy – particularly in the breakdown of dead organic matter – to make the resources locked up in things like dead trees available to other living organisms again.

Further to this, some bacteria also play an important role in trapping the sun’s energy – so that it can be used by living organisms.

Any cycle or system you look at has bacteria playing a crucial supportive role in it somewhere.

If there’s one bacteria fact you remember, this one should be it!

Bacteria are completely essential in the maintenance of these flows of energy and nutrients throughout our world.

Without them the whole planet’s ecosystem would collapse.

Well, I hope you all enjoyed these fun facts about bacteria!

Perhaps now you’d like to know more about helpful bacteria and the role they play in our lives.