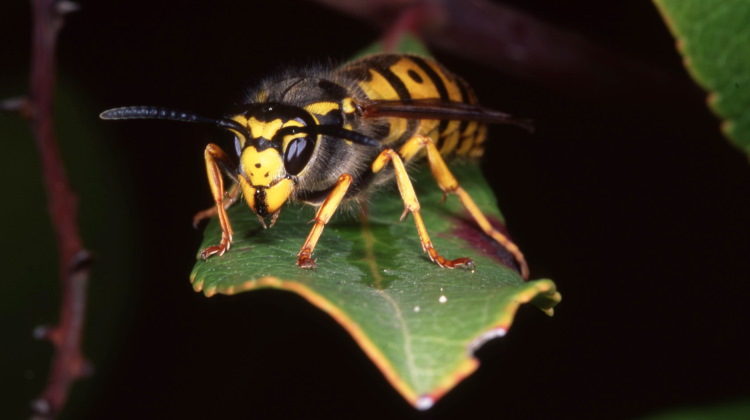 The Hymenoptera, with over 130,000 named species, are a contender for the second largest order of insects in the world (the Beetles, Coleoptera boast a the greatest number of species).

Some scientists estimate that there are more than 300,000 species of Hymenoptera in the world, though only 130,000 have been named so far.

Parthenogenesis is more common among the Hymenoptera than any other order of animals, according to Imms. Though in many orders, parthenogenesis is the means of sex determination (i.e., fertilised eggs become one sex and unfertilised eggs the other), there are some hymenopteran species in which males have never been found – and reproduction occurs only as a result of parthenogenisis.

Parasitism is a common way of life among a number of Hymenopterans (occurring in all the Ichneumonoidea and Proctotrupidea, most of the Chalcidoidea and Scelionoidea – and about half the known Cynipoidea)

The Hymenoptera are described as being a holometabolous (having a complete metamorphosis) group, with generally apodous (without legs) larvae, exarate (with the appendages free, not glued to the body) pupa and a cocoon.

The adults or imagos have two pairs of membranous wings, often with greatly reduced venation. The hind wings are smaller than the fore wings, which they are connected to by a series of interlocking hooks. They generally have biting mouthparts, sometimes also adapted for lapping and sucking. They are normally thin-waisted to some extent; and an ovipositor is always present in some form or other, often adapted for sawing and/or piercing and stinging.

Importance of the Hymenoptera

The Hymenoptera are exceedingly important insects from man’s point of view, for three main reasons.

Firstly, they include the Bees who as everybody knows make Honey and Wax.

Secondly, because a lot of the parasites and the Ants are important enemies of crop pests. Ants consume huge numbers of lepidopteran caterpillars, as well as other pests. They were first deliberately used to protect plants from pests in China 4,000 years ago, when species of Oecophylla were encouraged to live in fruit trees because their presence was known to improve fruit yeilds.

Hymenopteran parasites are regularly used in biological pest control these days and are among the first creatures screened by scientists, when they are searching for a control mechanism for insect and other invertebrate pests.

Thirdly – and perhaps most importantly – many Hymenoptera (though not the Ants) are pollinators of most of our crop plants. Both those we eat ourselves and those we use to feed our livestock. Because they work for free, it is impossible to estimate their economic importance – but it easily amounts to Billions of pounds every year.

It is humbling to realise that if all the Hymenopterans were to suddenly dissappear from this earth, among the numerous changes would be the collapse of human society.

The smallest known insect in the world is a Hymenopteran Alaptus magnanimus and the largest single colony of insects so far recorded are also Hymenopteran, being Ants of the genus Formica in Japan (F. yessensis with over 300 million ants living in one supercolony of 45 interconnected nests).

Within the Hymenoptera are the Aculeates or stinging insects. These are all the Bees, Ants and Wasps as well as a few smaller groups such as the Ruby Tailed Wasps and the Velvet Ants.

Within the Aculeates are the ‘social insects’ an indistinct group comprising all the Ants (Formicoidae) and many of the Bees (Apoidea) and Wasps (Vespoidea) and Sphecoidea. These are perhaps the most commonly seen insects after the True Flies (Diptera).

The Velvet Ants (Mutillidae) are a medium sized family of several thousands species of wasps, all of which are parasites on other insects – mostly other solitary aculeates.

The females are all wingless and there is no apparent division between the thorax (see insect thorax) and the abdomen (see insect abdomen). Whereas the males are winged and more conventionally shaped, with larger eyes. Both sexes are generally predominantly red and black, with patches of silvery hairs from which they derive their name.

Many velvet ants have strong and powerful stings and are known as ‘cow-killers’ and ‘mule-stingers’ in some tropical countries. Females are often brightly patterned and have a hard outer integument, which protects them to some extent from the stings of their Hymenopteran hosts.

They can search out, find, dig down to and lay in the completed nests of their host, though they only ever lay in the top cell and sometimes repair the cocoon then rebury the nest.

Mutilla europea is a distinctive and relatively common species in Britain and the rest of Europe, which uses the larvae of Bombus breviceps and B. humilis to feed its young. The egg is inserted into the bee grub body by the female and, after eating its host, the larvae pupates inside the bumble bee’s nest.

On emergence the males leave the nest immediately, but the females tarry awhile and feed up on the bee’s honey stores first.

The Chrysididae, commonly known as the Ruby Tailed Wasps or Cuckoo Wasps, are another medium sized family of parasitic aculeates.

They are generally brightly metallicaly coloured, often with a green and/or blue-green thorax with a ruby coloured abdomen, hence the common name.

Most of the female Cuckoo Wasps have an abdomen which is concave underneath, allowing her to curl up in a ball when under attack from their hosts. Like the Velvet Ants they have a tougher exoskeleton than most other aculeates, another adaption to being a parasite on a stinging insect.

Most Chysididae are parasites on the larvae of other solitary hymenoptera, particularly on the Eumenidae and the Megachilidae. A few others however make use of other insect orders such as the Amiseginae which have wingless females and are egg parasites of stick-insects (Phasmida).

There are about 20 species in Britain.

The Hymenoptera are divided into two Suborders:

The Symphyta more commonly known as the Sawfly (which are the most primitive members of the Hymenoptera) and the Apocrita, which contains all the rest.

Futher to this, the Parasitica are mostly – as their name implies – parasites i.e. Ichneumens and Chalcids. This is however not a strict biological division, as some Parasitica are not parasites and some Aculeates are. Whilst some of the Aculeata such as the Sapygidae, Dryinidae and Chrysididae still use the ovipositor for its primarily evolved purpose of egg laying (oviposition).

Use the links below to check out our different pages focusing on different hymenopteran groups:

And below is the full taxonomic breakdown of the suborder Apocrita (for the Symphyta see the link above):